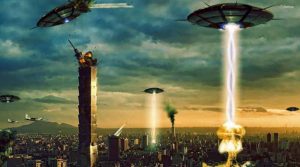 UFOs have been spotted time and time again in different countries and cities. Although the existence of aliens is not known for certain, scientists are considering versions that aliens from other planets may pose a threat to Earth and humanity.

At the same time, American researchers have found out whether extraterrestrials really need our planet.

They think it’s unlikely that UFOs will ever land on Earth. And the reason is that aliens are looking for specific types of stars. And the star of our galaxy, the Sun, just doesn’t fit them by those criteria.

Jacob Hakk-Missra and Thomas Fauchez of the Blue Marble Space Science Institute and American University say that since all the stars in the galaxy are different, we can assume that other civilizations in space choose where they would like to live.

Civilizations are more likely to choose low-mass K and M dwarf star systems to maximize their lifespan in the galaxy, experts say.

K and M dwarfs are stars that live longer than yellow dwarfs, like our Sun. Also, attempting to capture the solar system requires a large amount of resources.

No matter how advanced a civilization is, it won’t waste its resources on a star that dies out relatively early, even if it happens after a few million years.