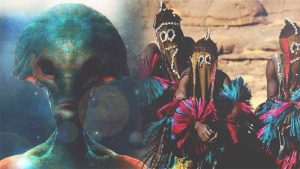 The Dogon tribe is one of the most mysterious tribes of antiquity. A people who have retained a complex knowledge of the universe and, in particular, of the star Sirius, the place from which a civilization once contacted them… 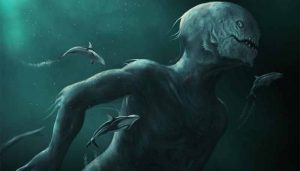 The Dogon tribe originates from Mali. According to oral tradition, they arrived in Mali 600 years ago and built their houses against cliffs to protect themselves from enemy tribes.

The region is known for its rocky and uncultivable cliffs. About 450,000 people live there. Each family shows special caution towards strangers, as they are not very hospitable.

For them, life has a sacred meaning, so any conflict should be resolved peacefully.

Knowledge of the Dogon culture can be found in the pictograms engraved on the plates. However, their largest records are kept in oral form, where they try not to misrepresent their history.

According to their tradition, about a thousand years ago, a very bright star, which they called “le-pelu-tolo”, or the star of the tenth moon, arrived in broad daylight on the plateau of Youga Dogurou.

This object was covered in a reddish light which they associated with blood. Then, from the star emerged another star which turned on itself and emitted a deafening sound.

What is strange is that when it landed, the star did not have a circular shape, but a basket or a square pyramid. Each of its faces had a 6-level ladder. Its color changed from red to bright white.

People fled, frightened by such an event. However, from this structure came 8 Nommo “di-tigi”, which had the body of a fish. Although some traditions claim that their characteristics were closer to those of snakes.

These creatures had 40 sharp teeth, which explains why the ancient Dogon sharpened their own.

Contact with these creatures allowed them to acquire a lot of knowledge about the universe, which science has not been able to explain.

Legend has it that the Nommo descended to Earth to educate people, help them and teach them techniques for farming, fishing, brewing beer and to facilitate the germination of fruits.

The stories of the Dogon tribe 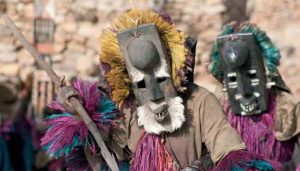 Although some accounts present them as murderers, or even as the culprits of the death of hundreds of Dogon. However, it is normal for an oral tradition to become distorted over time.

Among the information given by the Nommo is the existence of the star of Sirius, from which they originate.

They called her “Sigi Tolo”, and she was considered the founding star. What is strange is that they did not present it alone, because they affirmed that it was triple; 3 stars very far from each other.

Astronomy at the time had no way of knowing that there was a second star in Sirius. Even less than a third.

This discovery was only made in 1995 by Deventy and Benest, two French astronomers who discovered a third celestial body on Sirius. According to the Dogon, the fish-men spoke of Sirius B as “po tolo” and claimed that it was a small star, but with a very heavy mass.

For the first time, in 1826, American astronomer Alvan Clark managed to see that Sirius was not just one star, but two.

Its orbit is 50 years, which coincides with the “sigui” festival, which is celebrated to remember the arrival of the “gods of Sirius”.

Advanced knowledge for the time 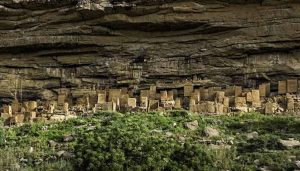 Despite the isolation of this people and the little culture they receive from civilization, the information they deal with on certain cosmic subjects is truly incredible. Especially since they have mastered these data for centuries, which leaves the scientific community perplexed.

The only way to substantiate this knowledge is to have been contacted by an extraterrestrial civilization.

Among the known facts of the Dogon tribe is the spiral structure of the Milky Way, the fact that there are more than a billion solar systems like ours. They were also aware of the existence of Jupiter and its four satellites, Saturn and its rings, and even the existence of the moon as a satellite.

The Dogon tribe is currently the subject of an in-depth study in order to elucidate its history and to discover where this advanced knowledge and in particular the Nommo come from. But it is undoubtedly another proof that our ancestors were visited by extraterrestrials.

Post Views: 100,164
Tags: The Dogon tribe and the mystery of the "half-fish" deities from Sirius