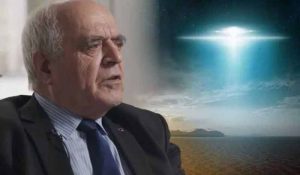 Alain Juillet, former director of the Directorate General for External Security (DGSE), is one of the few influential people to have spoken openly about the UFO phenomenon and the existence of extraterrestrial life.

With a long history of intelligence, he advocates a pragmatic and open-minded approach to solving a mystery too important to be at the mercy of believers and skeptics alone.

Alain Juillet was the head of the General Directorate of External Security, akin to the CIA in the United States, between 2002 and 2003, as well as the senior economic intelligence official of the French Prime Minister during the six following years.

Although he has yet to speak publicly about the UFO phenomenon, the former senior official has tackled this enigma in a new French documentary on the subject.

In an interview with Paris Match , Juillet spoke about her appearance in the documentary UFOs: A State Affair.

Dominique Filhol, the director of the documentary, emphasized the puzzling nature of the phenomenon in the film, acknowledging the otherness of the subject without drawing definitive conclusions about its nature. 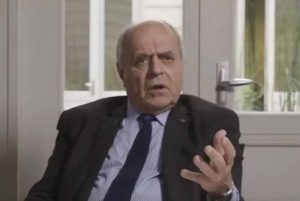 “There is a term that comes up more and more often among specialists on the subject, it is the idea of ​​’non-human intelligence’. This term is interesting because it does not reject the extraterrestrial hypothesis but it encompasses many other theories as to the nature of the phenomenon” sums up the director, marked from childhood by spectacular testimonies of relatives who observed inexplicable phenomena”, he declared.

“The phenomenon has become palpable. I had the chance to film a meeting of the members of the SIGMA 2 commission which studies UFOs in a rigorous and scientific way or to meet Senator Harry Reid at the origin of the AATIP research program on UFOs of the Department of American Defense. All these interviews confirmed my intuitions. »

“There is also a current of ufology which studies the links between consciousness and the UFO phenomenon and this is a point that we address in the film”, he said. “For more and more researchers, in cases of close encounters, the phenomenon seems to interact with the consciousness of the witnesses. This is what some US NAVY fighter pilots who have observed these phenomena have reported: these objects seemed to anticipate the reactions of the pilots, as if they were able to read their minds. »

During the interview, Juillet agreed with Filhol’s serious acknowledgment of the UFO subject.

“I was originally an intelligence man and when you see inexplicable things today, you know they can be explained tomorrow. It’s just that we don’t have the elements to imagine or understand what is happening. »

“In the particular field of UFOs, not to mention people who see a flying saucer land in a field, there are fighter pilots, astronauts, people who are anything but funny and report very precise sightings. We must not say that this is nonsense but just recognize that there are things that escape us. »

Juillet said that in the film, he leads to “another aspect that I bring up in the film and which has been explained by others who are much stronger than me in this area: we go from a vision of the world shaped by traditional physics to another vision based on quantum physics. And we understand these phenomena much better through the prism of quantum physics than with that of current physics. »

The UFO phenomenon could also depend, in some way, on our perception, he said.

“A fly with its faceted eyes can see dimensions other than ours even though it lives in our world. So maybe there are things that are in our universe but that we cannot normally see because they are not in our field of vision. »

“But perhaps, from time to time, something happens, a phenomenon passes through our field of perception before disappearing. I’m not talking about the ‘little green men’. I rather have the impression of being in the same process as certain scholars and astronomers who simply say to themselves ‘something escapes us’. »

“I don’t think secrecy is really useful, unless we find out something disturbing. But we note that the phenomenon has not shown, until now, an aggressive intention. So there’s no need to worry, we’re not in a horror movie.”

“On the other hand, I don’t think it’s necessary to talk about it too much because a lot of people are going to start fantasizing at all costs! If we say ‘UFOs may be a reality’ or we talk about advances in quantum physics, we will hear ourselves answer ‘oh poor thing, he has gone crazy’. As we leave the classic relationship that people have with science, it may not pass. »

“And there is obviously the possibility that gurus will take up the issue and talk nonsense. We must not over-promote all this, but try to remain scientific and say to ourselves: there is something, it is indisputable”.

And if the UFO phenomenon becomes generalized, Juillet thinks that “people adapt very well. If tomorrow morning, we have confirmation that UFOs come from a world parallel to ours, well everyone will say ‘well, there is a parallel world’. The day we say it, five years from now, everyone will have accepted it as a commonplace phenomenon. »