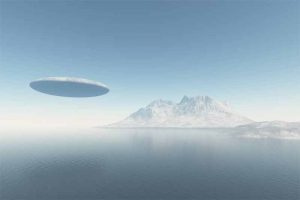 For years, it has been claimed that Antarctica is a UFO magnet. If so, why would it be?

Home to about ninety percent of all the ice on the planet, Antarctica is the coldest place on earth. The frozen landscape is as reminiscent of an extraterrestrial world as possible, and many people on Earth think there is something extraterrestrial about Antarctica. Thanks to software such as Google Earth, people can explore remote areas of the world from the comfort of their homes. And that is precisely what many people do and have done. Some of them even claim to have found evidence of the existence of alien technologies crashed on Earth. One such claim was made a few years ago when an eagle-eyed UFO hunter posted a message online claiming to have found a disc-shaped object that had crashed. Author Brad Olsen claimed that, given the disappearance of Antarctic ice, some objects have surfaced from the depths of the frozen landscape. One such object is what Olson claims is a crashed alien saucer.

However, not everyone is convinced. And no one should be easily convinced. After all, extraordinary claims require extraordinary evidence. One expert who has taken the time to analyze Olsen’s claims is Mick West, science writer and forensic video analyst. According to West, the object Olsen claims to be a downed UFO is probably nothing more than a lake. Lighting conditions and shape confuse the human brain through a process known as pareidolia. Specifically, a phenomenon known as the crater illusion. I looked at an interesting example of pareidolia in Antarctica in this article.

But Olsen isn’t the only one who thinks Antarctica is the perfect place to find evidence of extraterrestrial life and technology on Earth. (Famous UFO hunter Scott Waring, known for publishing absurd evidence of life on Mars and the Moon, claims to have also discovered evidence of UFOs in Antarctica, also using Google Earth. In fact, Waring claims that one of these objects is strangely reminiscent of the so-called “Tic-Tac” UFO.

The Tic-Tac UFO rose to fame when three UFO videos were declassified by the Navy, making headlines around the world. One of the UFO videos showed an enigmatic object that looked like a Tic-Tac Sweet. The UFO had no visible means of propulsion, no wings, no tail, no lights. It was white and looked like a huge flying Tic-Tac. Videos of UFO encounters with Navy pilots first appeared online in 2017. Then, a year later, the Pentagon admitted the videos were genuine. The Pentagon renamed its UFO office and included transmedia UFOs in its study area.