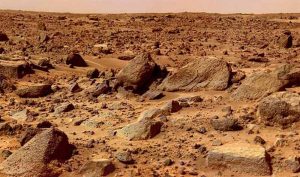 An Earth extremophile has demonstrated that it is possible for life to survive on Mars for very long periods of time.

The Red Planet remains one of the most fascinating places in the known universe to search for evidence of early extraterrestrial life, not least because Mars was once a much hotter and wetter place than it is today and could have welcome life in its distant past.

However, growing evidence suggests there may even be living organisms on Mars today – and scientists are only beginning to understand where to find them.

A recent study looked at a type of terrestrial extremophile known as Deinococcus radiodurans (nicknamed “Conan the Bacteria” due to its innate hardiness).

The research, led by Professor Michael Daly of the Uniformed Services University of the Health Sciences in Maryland, found that this particular organism was able to survive a hellish onslaught of dangerous conditions ranging from deadly radiation exposure to extreme temperatures.

The results suggest that if this particular bacterium (or something equivalent) were present on Mars, it would be able to survive for 280 million years at a depth of 10 meters below the surface.

It should be noted, however, that several billion years have passed since Mars was potentially habitable.

“Although Deinococcus radiodurans buried in the Martian subsoil cannot survive in dormancy for the estimated 2-2.5 billion years since the disappearance of running water on Mars, such Martian environments are regularly altered and melted. by meteor impacts,” Prof Daly said.

“We suggest that periodic melting could allow for intermittent restocking and dispersal.”

So while the research does not prove that there is life on Mars, it does at least suggest that the survival of such organisms on the Red Planet is plausible.