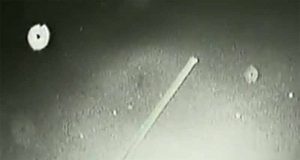 One of the most unusual UFO incidents in history

Humanity has launched several hundred manned missions into space over the past decades. In many cases, something strange and inexplicable happened at some point during these missions, whether it was abnormalities or strange sounds or alleged UFO encounters.

In most cases, credible explanations are invented afterwards to reassure the public that there is nothing unusual or significant, but there are also those cases which remain mysterious until today. today – like the Tether incident in 1996.

10 things you probably didn’t know about the Tether incident:

1. In February 1996, NASA’s Space Shuttle Columbia launched into orbit with one of the weirdest experiments yet . The TSS-1R (Tethered Satellite System) experiment was supposed to test the electrodynamics of a tether in the ionosphere, with the ultimate goal of using this technology to generate electricity to power future space missions.

2. When it came time to deploy the cable (the tether), it seemed to go smoothly . Unfortunately, the tether broke and pulled away from the shuttle. Of course, it’s good that no other equipment was damaged and no astronauts were injured. The results of the experiment are not of particular interest to us in the context of this article, but I must say that it was somewhat successful and the astronauts obtained important data.

3. Since the satellite with the tether remained in a similar orbit, they regularly flew close to the shuttle , they could be observed, photographed and filmed.

So, when the distance between the shuttle and the cable was about one hundred and fifty kilometers, astronauts Franklin Chang-Diaz and Claude Nicollier grabbed a camera and began filming the cable during a communication session with the Center mission control during a live television broadcast.

In other words, the control center communicated with the astronauts in space and discussed live images. Here is the original unprocessed video of the Tether incident that was streamed live.

4. At about 2:50 in the video , you can see the mysterious glowing objects, thought to be UFOs by many, appear around the wire.

5. Strangely , the communication we hear during the video contains no surprise or excitement at encountering the unknown. Both for the mission control center and for the astronauts in space, there was nothing unusual.

6. NASA quickly gave an explanation for the Tether incident . According to them, it was particles of ice and space debris, which has, of course, been dismissed by believers and conspiracy theorists around the world.

7. There is obviously a lot of debris in space , so I won’t delve into that part of the explanation, just the ice particles. According to officials, they come from waste from the shuttle’s toilets and additional water discharges.

8. First of all , the toilets of the shuttle are designed in such a way that solid waste is stored and returned to the ground, while liquid waste is discharged directly into space by a special system.

Secondly, it was during this mission that the additional water discharge experiments were carried out. Consequently, the shuttle, which did not change its orbit, was surrounded by a very large number of small pieces of ice that formed after the release.

9. Five years ago , a former NASA astronaut who flew on similar missions in the 90s openly stated that the mysterious objects in the Tether incident were ice crystals floating alongside the shuttle. for days.

10. Unlike other incidents involving UFOs where the explanations did not seem convincing , in this case it seems that there was really nothing unusual about the images. Of course, many other theories have been floated by UFO scholars and netizens over the years. Some have suggested that the glowing objects were large, undiscovered life forms in space.