NASA selected 16 individuals to join its independent study team on unidentified aerial phenomena (UAPs). The strong team will be essential in trying to determine the possible origin of what these unknown objects could be.

The independent study will begin today, October 24th. Over the course of nine months, the independent study team will lay the groundwork for future studies on the nature of UAPs/UFOs for NASA and other organizations. To do this, the team will identify how data collected by civil government entities, business data, and data from other sources can be analyzed to clarify what they could be. A roadmap for possible data analysis by the agency going forward will then be recommended. The study will only focus on unclassified data. A full report containing the team’s findings will be released to the public in mid-2023.

“Exploring the unknown in space and the atmosphere is at the heart of who we are at NASA ,” said Thomas Zurbuchen, associate administrator for the Science Mission Directorate at NASA Headquarters in Washington. “Understanding the data we have around unidentified aerial phenomena is critical to helping us draw scientific conclusions about what is happening in our skies. Data is the language of scientists and makes the inexplicable, explainable.”  Unidentified aerial phenomena are of interest to both national security and air safety and the study aligns with one of NASA’s goals of ensuring the safety of aircraft.

Without access to an extensive dataset, it is nearly impossible to verify or explain any observations, so the focus of the study is to inform what possible data might be collected in the future to scientifically discern the nature of UFOs. The NASA official responsible for orchestrating the study is Daniel Evans, the assistant deputy assistant administrator for research in NASA’s Science Mission Directorate. “NASA has brought together some of the world’s leading scientists, data and artificial intelligence professionals, aerospace security experts, all with a specific mandate, which is to tell us how to apply the full focus of science and data to UFOs ,” Evans said.“The findings will be released to the public in conjunction with NASA’s principles of transparency, openness and scientific integrity.” 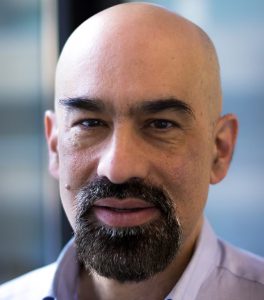 A select team has members with very high knowledge in several important areas for research, such as David Spergel.
Source: Simons Foundation

David Spergel: selected to chair NASA’s independent study of unidentified aerial phenomena. He is the president of the Simons Foundation, where he was the founding director of the Flatiron Institute for Computational Astrophysics.

Anamaria Berea is an Associate Professor of Computational and Data Science at George Mason University in Fairfax, Virginia. She is a Research Associate at the SETI Institute in Mountain View, California, and a Research Fellow at the Blue Marble Space Institute of Science in Seattle. Her research focuses on the emergence of communication in complex living systems and data science applications in astrobiology, to the science of biosignatures and technosignatures.

Federica Bianco: is an adjunct professor at the University of Delaware in the Department of Physics and Astrophysics at the Biden School of Public Policy and Administration and a Senior Scientist at the Multicity Urban Observatory. She is an interdisciplinary scientist with a focus on using data science to study the universe and find solutions to urban problems on Earth.

Paula Bontempi: she has been an oceanographer for over 25 years. She is the sixth dean and the second woman to lead the School of Oceanography at the University of Rhode Island (URI). She is also a professor of oceanography at URI. She spent 18 years at NASA and was named acting deputy director of NASA’s Earth Science Division for the Science Mission Directorate.

Reggie Brothers: is the operating partner of AE Industrial Partners in Boca Raton, Florida. Previously, he served as CEO and board member of BigBear.ai in Columbia, Maryland. Brothers was also Executive Vice President and Chief Technology Officer of Peraton, as well as a Director of the Chertoff Group.

Jen Buss: is CEO of the Potomac Institute of Policy Studies in Arlington, Virginia. Prior to becoming CEO, Buss worked extensively with NASA to explore policy issues and strategic planning processes for astronaut medical care and cancer diagnostics and therapies.