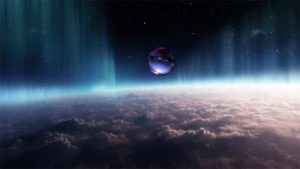 A mysterious metallic orb has been discovered in the Earth’s atmosphere. However, what surprised the experts the most is that it contains biological material inside. It is therefore possible that the aliens have sent a means to create “new life”, according to an astrobiologist. 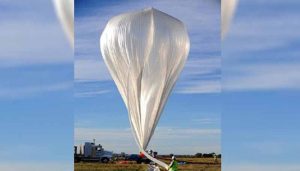 Milton Wainwright claimed to have found a small metallic sphere containing a sticky substance in samples collected by a balloon in the stratosphere. A small metallic globe with biological material inside.

The scientist, from the University of Sheffield and the University of Buckingham, said the orb is the width of a human hair. This could be an example of directed panspermia, where life was deliberately sent to Earth by an alien civilization.

However, he also stated that it is virtually impossible to prove that the metal globe was sent by another civilization.

Wainwright said the orb made a small “impact crater” in the sample attached to the balloon as it picked up dust and particles from the atmosphere.

The balloon was 25 kilometers into the atmosphere. X-ray analysis concluded that the sphere was composed of titanium and traces of vanadium. On the other hand, the material that seemed to come out of the side was biological. A “mushroom-shaped mesh cover” was also discovered.

The discovery of the metallic orb was published in the Journal of Cosmology, but it has yet to be corroborated by other experts.

Wainwright and his team have previously claimed to have found fragments of single-celled algae, called diatoms, in samples taken from the stratosphere.

But the idea that life can survive in Earth’s upper atmosphere is not new. NASA experts have recently discovered bacteria living up to 8 kilometers above the Earth’s surface.

But most scientists think they were probably brought from Earth and not from space. 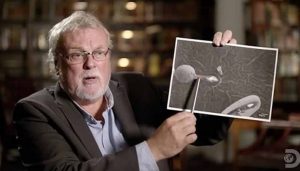 life on another planet

Some research has shown that microorganisms can survive the intense heat and pressures of atmospheric reentry on Earth. This raises the possibility that life may have been transported.

Some astrobiologists even believe that life began after being carried on a comet or an asteroid. Others say it is more likely that the basic chemical components were transported and not the life already established.

It should be noted that panspermia is not a conspiracy theory and has been suggested as a possibility by several well-known experts.

Francis Crick, a member of the Nobel Prize-winning team to discover the structure of DNA, wondered if it was possible that organisms were deliberately transmitted to Earth by extraterrestrials. But he concluded there was insufficient evidence to support that claim.

But Wainwright insists that finding the metal orb will help provide some of that evidence. Although he is aware that he must find details of the civilization that sent the orb, otherwise the theory would be unlikely.

University of Buckinghamshire professor and astrobiologist Chandra Wickramasinghe, who is also editor of the Journal of Cosmology, also worked with Wainwright on the study. He added that further work is needed, such as studying the DNA contained in the orb, if any.

Yet there is evidence that the Earth is constantly bombarded by comet fragments containing living microorganisms.

Nigel Watson, author of ‘Handbook of UFO Research’, however, said the idea that the metallic orb was sent by an alien civilization is a ‘leap of the imagination’.

This is proof that the Universe is as full of life as the Earth. But more samples need to be collected to get a better idea of ​​its origin.