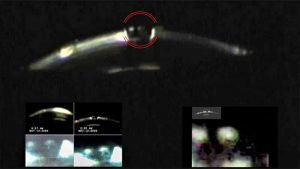 In 2007, Murat Yalcin, a night watchman in Kumburgaz, Turkey, captured some of the best UFO footage ever filmed. The video even shows the pilot of the unknown craft. 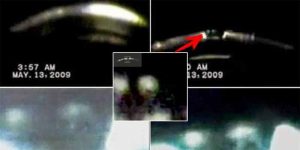 Researchers argue that this incident is real, but of course there are also people who claim that it is a case that cannot be proven.

Documentation was released in the following years when the UFO appeared over the Sea of ​​Marmara near Kumburgaz.

The videos have never been successfully debunked.

The Turkish UFO incident took place between 2007 and 2009

Meanwhile, reports of unknown aerial objects were reported across Turkey, while a local resident named Murat Yalcin took a series of videos.
The sightings were seen by many people living in the village, on different days and nights.

They filed reports with the SIRIUS UFO Research organization, which is the main UFO organization in Turkey.

The images show various objects, including light formations, round, disc-shaped and cigar-shaped objects, maneuvering and hovering over the sea.

The video was recorded with a camera equipped with a teleconverter adapter capable of filming at 200 times the optics for a high level of detail.

The Turkish Science and Technology Council and the TUG National Observatory have reviewed the video in an attempt to prove it was a hoax, but were unsuccessful. The film was studied by experts from Japan, Chile, Brazil and Russia.

After several attempts, no one has been able to demystify these videos. To this day, they remain unidentified.

Many UFO enthusiasts consider these sightings in Turkey to be the most authentic extraterrestrial sightings in human history.

Collectively referred to as the Kumburgaz UFO incident, the mysteries surrounding these sightings are still unanswered…..

The full recording can be found below:

Post Views: 100,303
Tags: The UFO in Turkey: the best sequences of extraterrestrials?