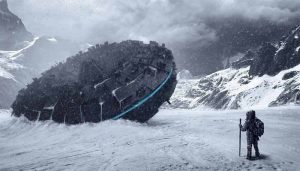 Back in the days of the Soviet Union, the Ministry of Defense was working on a secret project to create a superman with paranormal abilities.

According to Pravda , as part of this project, a group of scientists managed to come into contact with an extraterrestrial civilization. The head of this top-secret project has shared some details with reporters for the first time.

On an ordinary winter day in Moscow, in the comfort of a room with a fireplace, the journalists were treated to a real sensation.

A retired senior official of the Ministry of Defense, reserve lieutenant general, doctor of philosophy, member of the Academy of Natural Sciences, Alexey Savin, said that in the late 1980s, a group of researchers from the expert management unit of the General Staff managed to establish contact with representatives of another civilization. Interestingly, none of the reporters were particularly surprised, but rather relieved by this “confession”.

Vasily Yeremenko, FIB Major General in Reserve, Academician of the Academy of Security, Defense and Law Enforcement, was the first to address the press. In Soviet times, he served in the KGB and oversaw the Air Force and the development of aviation technology.

Among its missions was the collection of information by the Air Force on the facts of the appearance of unidentified flying objects. According to Vasily Yeremenko, at that time there was a lot of such information.

The missile units even received a directive in the event of detection of UFOs. The main task was not to create opportunities for reciprocal aggression. In 1983-1984, at the proving ground of the Vladimirovka Academy of Sciences, the Ministry of Defense and the KGB organized a large-scale study of paranormal phenomena.

The military training site was not chosen at random. Experts have long come to the conclusion that UFOs inevitably appear in places where military equipment and weapons are tested. 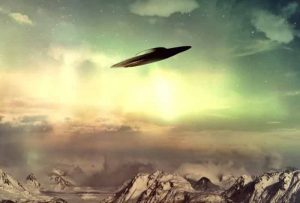 “We can say that we learned to summon UFOs in Vladimirovka. To do this, we have dramatically increased the number of military flights and the movement of equipment. If the intensity on our side increased, UFOs would appear with 100 percent probability,” Yeremenko explained. After six months of testing, the authorized commission came to three main conclusions.

First, modern science was not yet able to identify such phenomena. Second, it could be reconnaissance equipment from the United States or Japan. Third, it could be the impact of an extraterrestrial civilization. “The subject of UFOs is omnipresent today. »

“It is precisely because of its outrageous nature that serious scientists are unwilling to define their position on this issue. Pilots often see such objects, but they have a right of veto on this subject, just like astronauts. In confidential conversations, they talk about their experiences of encountering UFOs, but they are afraid to talk about them publicly,” Vasily Yeremenko said.

He believes that this subject requires a serious approach because it is a security issue. Yet it is still a closed topic, both in the United States and in Russia. Lieutenant General Alexey Savin then revealed some aspects of the MoD’s commitment. He headed the expert management unit of the General Staff, whose task was to examine various unusual phenomena.

The main project of the unit was a state program on the discovery of intellectual human resources. The goal of the program was to identify ways to operate the human brain in a special regime of superpowers, making a person superhuman.

The scientific council of the program was headed by academician Natalya Bekhtereva, who until her death held the position of scientific director of the Institute of the Human Brain of the RAS.

More than two hundred highly qualified professionals from across the country participated in the program.

“During our research, we came to the conclusion that the human being is an energy and information system that receives information from outside. This is precisely why a human can manifest paranormal abilities,” said Alexey Savin.

In order to identify this external source of information, three groups were created. One group was made up of scientists, another – of the military, and the third was made up of women.

The women’s group has made the most significant progress in research. Savin explained that they “wanted to establish contact with representatives of other civilizations. And we succeeded”. According to him, a special method was developed that allowed the human brain to tune into a touch. “We had to tune the energy of the human brain to a particular wave, like a radio,” explained Alexey Savin. 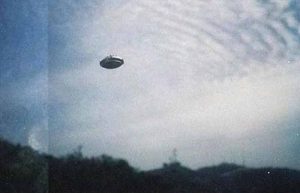 No hypnosis, drugs or other similar method was used during the experiment. A special testing system was also developed to separate incoming reports of the hallucinations and insanity of the experiment participants.

The results of the experiment were impressive: six participants were lucky enough to have physical contact, and two of them even managed to visit an alien ship. According to Savin, the representatives of extraterrestrial civilizations came forward gradually, giving information drop by drop as they saw fit.

In particular, they talked about the structure of their government and their educational system. No information about the army could be obtained. The only thing they have agreed to share is a diagram of equipment for the diagnosis and treatment of various diseases.

The head of the experiment explained that humans were like little children to them. “Our civilization is too young to interest them as a subject of dialogue. As we are also part of the universe, we can harm ourselves and other civilizations by our senseless actions, which is why they watch over us. »

The program for communicating with extraterrestrial intelligences was developed for several years until politics intervened. In 1993, the study was stopped and the unit disbanded.

According to Savin, he was only able to preserve a small number of documents, most of which, including the photographic reports, are still in the archives of the Ministry of Defense. By the way, the unique method of developing the phenomenal abilities of an individual was, until recently, used in the Academy bearing the name of Gagarin, until it was dissolved by the former Minister of Defense Serdyukov. Yet the core of the research team has been preserved.

“Four years ago we tried to repeat the experiment, and we succeeded,” said Alexey Savin. According to him, today, this work continues, and the “brains and talented people are still present in the defense industry. »

Responding to the question of why it was decided to announce it to the media Savin answered: “Why hide something from people? On the contrary, they must prepare for new challenges. »

According to him, today there are two global challenges: climate change and the shortage of drinking water. Russia has a special role to play in this process. “When we pass the bifurcation point, people from everywhere will come running towards us. How are we going to welcome them, with weapons? Of course, we will have to negotiate. »

Maybe this is all a riddle from the “manual” for young civilizations? Maybe the aliens staged an experiment to see how we would handle this.