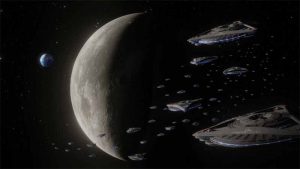 If we discover an extraterrestrial life form, either by a clear message thanks to a telescope aimed at Europa. Whatever the level of development, how to share this new capital with the rest of the world? Well, NASA came up with a rather interesting proposition. 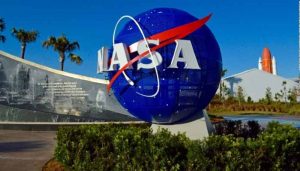 An article published by NASA in the journal Nature calls for a framework to be put in place to report the existence of extraterrestrial life to the world.

“Our generation could, realistically, be the ones to discover evidence of life beyond Earth. »

Former NASA chief scientist James Green and his colleagues believe this generation has privileged potential. But at the same time, a great responsibility.

As life-detection targets gain prominence in space science, experts believe it is essential to engage in community dialogue about how to convey such diverse and complex information, which have a high potential for sensationalism and manipulation.

The team explained that the discovery of extraterrestrial life is often seen as an “all or nothing” scenario. Either it’s a mission that captures hard evidence, or nothing at all.

But it’s more complex than that. The proofs are not necessarily intelligent beings or advanced technologies.

In fact, it’s likely to be very subtle, or even something unfamiliar. It may also show only prolonged stages as experts make follow-up observations.

Green and his team believe this should be clear: such a discovery should be reframed so as not to be shown as a unique moment when aliens reveal themselves to the world.

Rather, it should be seen as a progressive effort that reflects a process as long as science itself.

It will be for scientists, technologists and the media to familiarize themselves with extraterrestrial life. First, to establish objective standards of evidence of life and second, on how best to communicate that evidence.

Do it now, before life is detected, and not struggle to build it later.

The team proposed a “confidence in detecting life” (CoLD) scale . It contains 7 steps that take us from potential first detection to final confirmation. 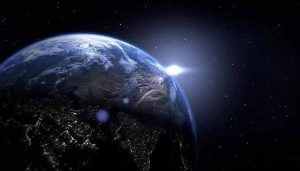 Steps to Confirm Life Outside Earth

The lowest levels would be 1 and 2, and would focus on the initial identification of potential biosignatures. Such as physical structures or activity consistent with a biological origin.

Levels 3 and 4 would aim to determine if the environment around the biological signatures is habitable, if a biological explanation is the best and only one, or if there are other sources of contamination.

And the higher levels involve the corroboration of the initial result by independent evidence. As well as the rejection of alternative theories.

It should be noted that familiarity with this scale means that everyone will be able to get involved. From scientists to the media to the general public, they would be aware of any results at any time.

The last step is the most complicated, especially considering the potential results of current missions.

The rover is equipped with all kinds of instruments that allow it to detect life up to level 5, but it would need to analyze samples sent back to Earth to reach level 6.

Experts stress, however, that a scale such as CoLD is only a proof of concept intended to stimulate dialogue.

A scale to determine what extraterrestrial life forms we might encounter in the years to come would be a big step towards final disclosure. It is possible that the experts are convinced that we are close to a first contact.

Post Views: 100,112
Tags: how do we let the world know? NASA proposal, If we find extraterrestrial life