In 1938 the workers of the archaeologist Amedeo Maiuri, during the excavations on the top of the Cumana acropolis, discovered – on the western front of the so-called Temple of Jupiter – some huge bone fragments.

The famous paleontologist Ralph von Koenigswald, already engaged in the search for the Gigantopithecus, warned of the discovery went to the place by joining the researchers and bringing to light the finds we have available. 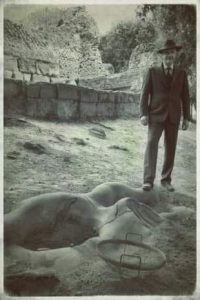 Exceptional skeletal remains emerged from the ground and a fraction of stone slab with traces of rock painting that revealed an unknown symbolic form to which von Koenigswald, a careful reader

of Joyce, gave the name of Chaosmos. 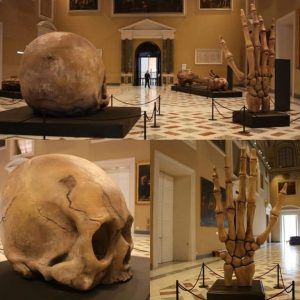 And this very painted element, immediately associated with the size of the bones of the hand, led the scholar to consider the newly found creature the greatest artist in the world.

These precious materials were ready for the preparation of an epochal exhibition which should have been held in the Neapolitan museum in 1939 and which was never created due to the war events. They were preserved and forgotten for almost a century until the recent rediscovery that took place following the unexpected discovery – during an archival search by Brigataes – of a folder containing the documentation of the excavation and the indications on their location in a remote section of the warehouses. 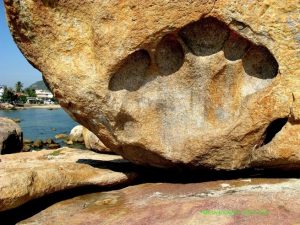 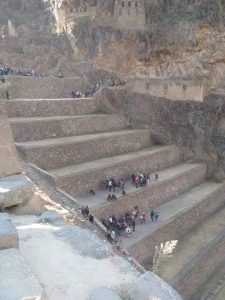