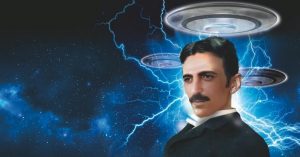 From time to time, humanity is blessed with the birth of a genius who, in some way, changes the course of civilization. At the end of June 10, 1856, on a violently stormy night, Nikola Tesla was born in a region now known as Croatia, but then part of the Austro-Hungarian Empire. The night of his birth was so uncharacteristic that the midwife, in a fit of superstition, claimed that the lightning and thunder that streaked the skies indicated a bad omen. The child’s protective mother intervened, stating bluntly that the child would actually be an enlightened human being. Her words were prophetic.

The genius of that child crossed not only space, but also time, and his inventions and patents continue to bear fruit to this day and serve as the basis for new research and technologies. His memory, today, is in orbit around the Earth, sent by Elon Musk, founder and CEO of the company SpaceX, in the figure of a car that bears his name. Tesla was, without question, one of the great geniuses that our planet has ever seen, but he was also much more than that, as we will see in this article in which we will get to know the scientist better and his fantastic history, seeking to explore some points that can link him to the Ufology. His controversial and genius figure, full of mysteries that most people have not been able to understand or respect, it is shrouded in a series of what are now known as “conspiracy” theories and claims ranging from magic to contacts with extraterrestrial beings. Could this, after all, be the reason for his impressive genius?

Tesla was born into a family of inventive people and was influenced from an early age, especially by his mother, Djouka Mandici — a creative housewife who invented her own household items — to seek alternative methods to solve everyday issues and problems. day. Djouka played a very important role in the scientist’s life and he on one occasion regretted that his mother had been born and lived in a time and circumstances that did not allow her to develop her great inventive capacity. The scientist’s father, Reverend Milutin Tesla, was a member of the Eastern Orthodox Church and his greatest wish was for his son to follow in his footsteps and become a priest. But the young man was looking for other paths, other directions. He wanted to understand the world and change it, not religiously, although he had nothing against religion,

In his childhood in the village of Smiljan, in Lika county, Tesla began to suffer from a syndrome never understood by the medical science of his time: the young man was affected by momentary mental triggers, which kept him stunned and at the same time paralyzed. These mental shots, as Tesla himself called the episodes, shot disconnected images and scenes in his mind, incomprehensible at first, but then became clearer – it was as if Tesla accessed, who knows, a universe or a parallel dimension. in the future. That is, in addition to genius, he also had some paranormality, such as the ability to “see” the future, called precognition.

Yes, he “sees” things in the future because they had not yet been invented in his day. Therefore, Tesla can also be considered literally a futurist. In one of his momentary mental shots, the boy caught a glimpse of his brother Daniel falling off his horse on the family farm. In the urge to try to avoid the fall, he ended up triggering an accident. However, there are some other versions of the boy’s death, seven years older than the scientist. Daniel Tesla was considered many times more intelligent and capable than his younger brother and his death was a severe blow to his parents, who considered him the star of the family. Nikola Tesla was then five years old.