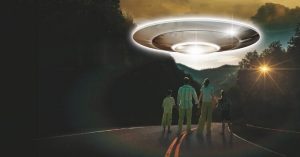 It is interesting to see how individuals with abduction history are unintentionally attracted to each other, even if they have never brought it up with their partner.
Credits: RAFAEL AMORIM, EXCLUSIVE FOR UFO MAGAZINE

Ufology, although it seems paradoxical, is a field of study that deals directly not only with aliens, but also with human beings, their emotions, experiences and perceptual variability. The very configuration of the UFO Phenomenon — sometimes appearing to be physical and solid and, at other times, more reminiscent of a dream situation or altered states of consciousness — leads us to open the range of possibilities when we want to analyze it. And within the phenomenon, nothing is as challenging as trying to understand abductions.

Since studies and research on the subject began to take shape, and the phenomenon began to be taken seriously, a whole set of data and information was compiled, giving us today a view that, if not accurate, at least is more clear about what the objectives of the abductions made by aliens would be. Recalling here that the first known case of abduction occurred in 1957, in Brazil, with the young farmer Antonio Villas Boas, who already in that first case showed that, whatever the reason for the abduction of humans, it was linked to the issue genetic or reproductive.

Along these lines, the research carried out points out that abductions do not happen only with an individual, but tend to accompany a family trunk for several generations. There are several theories as to why this occurs, and they range from the creation of hybrids that look more and more like us in physiognomy, to some kind of evolutionary trigger that is being implanted in our species. As said, it’s a challenge.

As it is a phenomenon that occurs in all countries and cultures, regardless of belief, philosophy, marital status, education and financial and social position of the abductees, it is not absurd to imagine that there is some type of large-scale genetic modification being implanted. in our species – and if this is true, the question arises as to who will benefit from such a procedure, us or them.

Abductions, as research shows, affect several generations of the same family and also seem to be linked to what we call “indigo children”, “crystal” and “starseeds”, perhaps inducing or just facilitating the arrival of these new humans. In this article, we’ll look at a case of ongoing family abduction, which seems to reinforce the belief that whatever extraterrestrials are doing, they are making us better. I would just like to remind the reader that this is just a theory and that there are others that point in the completely opposite direction.

The case we are about to examine reached the headquarters of the Australian Close Encounter Research Network, of which I am chairman, in a series of emails from the United States, and tells us about a family residing in the state of Texas consisting of two adults, Edward and Jenny, and two children, Alice, age 7, and Peter, age 12. All of them are abductees. Alice and Peter are Jenny’s children, but not Edward’s, which doesn’t seem to matter much in this case, since both adults have abduction episodes since childhood.