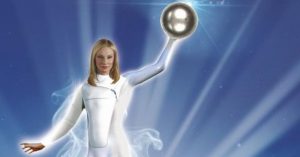 The integration of new forms of reality in the fields of knowledge and human curiosity denies successive impossibilities.
Credits: RAFAEL AMORIM, EXCLUSIVE FOR UFO MAGAZINE

We are in December, a month marked by the most important Catholic festival, Christmas, which celebrates the coming to Earth of a being superior to us and who, no less than two thousand years ago, tried to appease humanity with concepts of peace and love the next. The figure of Jesus is surrounded by mysteries and there are those who say that he would have been an extraterrestrial being born on our planet from a hybridization process that would have had the participation of his mother, Maria, and even his maternal grandmother, A-N-A. In a moment like this, when billions of Catholics and other religious paths turn to the commemoration of the coming of Jesus, our eyes also turn to his mother, especially to the alluded visits that Mary would have made to countless countries, in sightings that became known as Marian apparitions. And the most emblematic of all, of course, is the so-called Miracle of Fatima, which took place in that small town in Portugal at the beginning of the last century, giving rise to countless theories about its real nature. One of them is that it was all just a UFO episode. Let’s see what is important to consider about this text.The interiorization and impregnation of the famous Marian apparitions of Fatima, in 1917, in the Portuguese mythical-cultural fabric are generally understood in the context of the religious tradition of popular Catholicism, fueled by archaic sediments of cults. Throughout its almost 90 years of history, the diffusion of the phenomena of Fátima has flourished in Portuguese society, without discussions or alternatives, and has been established within the narrow dichotomous limits of acceptance or refusal. As we know, belief systems generate self-defense mechanisms, fortifying themselves in the impossibility of their logical verification and determining the way we perceive and reconstruct reality, according to sensorial and cultural conditions and in molds and limits that are gradually recognized and identified. Recently, curiosity and interest in Marian apparitions has increased,

This concrete and dispassionate convergence in the approach of phenomena reputed as extraordinary, in the scope of the miraculous, does not intend to collide with the religious and devotional object conferred by the belief system related to the events of Cova da Iria, in Fátima, at the beginning of the last century. Be that as it may, this initiative to carry out further research on the facts, by the national and international scientific community, ended up denying the alleged impossibility of fitting in and objectively analyzing the phenomena deduced from the testimonies of what happened in Fátima. The scientific investigation of events has the objective of investigating their nature in depth, without the limits defined by the eternal territories proper to religious powers. About everything, has significant importance in overcoming the classic dichotomy between belief and disbelief, faith and reason, when signs of renewal of religious beliefs are drawn. The investigation was also not intimidated by supposed elitist knowledge, marked by a positivist scientism, an argument always invoked to those who are not interested in exposing and confronting new data and perspectives that the march of time makes viable.

The integration of new forms of reality in the fields of knowledge and human curiosity, in its natural vocation, denies successive impossibilities. Taking as a starting point a non-conformist analysis of the so-called Marian religious phenomena, provided by historical works published from the 80’s onwards, and supported by realistic examinations of the original collections of facts, this author and the historian Fina d’Armada managed to make and can today present a reinterpretation of the facts of Fatima, considered religious. Fina had already published, in the 1980s, the work O Que se Passou em Fátima em 1917 [Livraria Bertrand, 1980], in which she questioned the divine or miraculous nature of the facts recorded by the Church. And this author did the same shortly after publishing the book Extraterrestrial Intervention in Fatima: The Apparitions and the UFO Phenomenon [Livraria Bertrand, 1982], also showing that there was another explanation for the events recorded in Cova da Iria. It is with the legitimacy of these antecedents, among others, that we set out to reread the phenomenology of the Marian apparitions of Fatima.

By doing this re-reading, we gradually verified that our hypotheses and suppositions were gaining momentum and attracting important companies from the most varied origins, from the point of view of scientific participation, with emphasis on the continuous and productive long-distance dialogue that was established early on with the Professor Auguste Meessen, theoretical physicist at the University of Louvaine, Belgium [International correspondent for UFO Magazine in your country]. This author, despite his condition as an unfailing Catholic, embraced the remarkable feeling of “not feeling trapped in any dogmatism and believing that our duty will always be to seek the truth”, to conduct investigations with this author and Fina . Our sources of information are constituted by the original interrogations of the three visionaries of Fatima, in addition to first-hand testimonies on the facts, dated and selected according to their informative wealth. With this documentary base — about a hundred testimonies — we constitute an informative support that presents a representative and historically verifiable portrait of the events of 1917, in that remote place in the interior of Portugal.

Post Views: 100,200
Tags: New Discoveries about the Miracle of Fatima