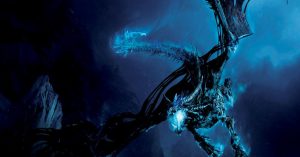 A re-reading of the historical records of various terrestrial cultures shows that their winged monsters were sophisticated and powerful flying devices.
Credits: HISPERIA IMAGES
Closely related to the gods of our ancestors, snakes have occupied a prominent place as cosmic symbols in various myths and legends. However, beyond what is expected and understandable, they were never worshiped precisely for crawling on the ground or for their reptilian characteristics — but rather for flying through the skies! As symbols of immortality, wisdom and the universe, these deities appear as a common denominator in different and distant cultures, which represented them persistently plowing through the air space with extraordinary splendor. But what really were the flying serpents of antiquity? Let’s meet some legends and understand the mystery.Starting with the stories of the aborigines of the land of Arnhem, Australia, who sing in their rituals: “It is the age of the serpent, of the serpent that was before man, of the serpent that was man, of the serpent that flies in the sky”. What kind of snake was this that could fly and become a man? Perhaps the same one that, in 1200 BC, the Phoenician historian Sanchoniaton described as “a luminous thing that wanders in the clouds, resounding and swift as lightning”. He added to his description, of the force of impulse and movement in the air of this rare species, that “the Phoenicians and the Egyptians already deified dragons and serpents as animals whose breath is stronger than all others, saying that it belongs to igneous matter and which has a speed that nothing can surpass.”

Some archaeologists have tried to explain why snakes are seen as objects of deep veneration by claiming that ancient legends only reflected the fear our ancestors felt of being attacked by venomous species—and that, moreover, they symbolized immortality with every change of skin. , representing a renaissance with renewed vigor. However, this answer is far from explaining certain simple and notorious questions about him, such as the fact that the serpents described in the legends did not crawl, but flew. Archaeologists make no mention of this. And, skin shed or not, snakes also die – which is not seen in the historical records considered, in which they are eternal.

From this it follows, of course, that whatever explanation is intended to give about the prominent place that serpents had in the ancient world, it should consider that our ancestors were not talking about any species of reptiles, but something different, something that flew and caused them perplexity. But what drove ancient civilizations to see serpents in the skies? And how do these descriptions fit with others, equally historical, in which such alleged beings are seen as civilizing entities, benefactors, who came from outside the Earth, that is, from the cosmos. These legends are also numerous and significant in antiquity [See the Extraterrestrials in the Past DVD series, advertised on the front back cover of this edition].

Of course, we’re not talking about just any animal. Speculating that the Earth has been visited in the remote past by explorers from other worlds – thesis now unquestionable -, the true identity of such astronauts may well have been confused by our ancestors with that of powerful gods, as happened in New Guinea during the World War II, when the American soldiers who arrived there were enthroned as messengers from heaven. Another viable hypothesis is that these mysterious flying serpents that abound in ancient myths were nothing but high-tech artifacts that cut through the skies of ancient times, showing a peculiar aerodynamic shape that prehistoric or medieval man could only interpret by making an analogy. with something they knew,

Post Views: 100,143
Tags: Serpents and Dragons in the Skies of the Past: Mythical Animals or UFOs?