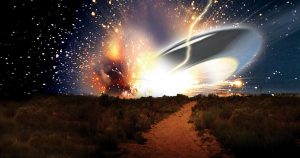 The UFO phenomenon is already a topic widely known around the world. Among several cases of sighting and even direct contact with ships and their occupants, it is clear how advanced such objects are. But still, they are prone to failure, even falling on our soil. Thiago Luiz Ticchetti will talk about theories that involve such accidents, as well as records of falls and even rescue missions to recover not only the crashed UFOs, but also their occupants.

Millions of people have claimed to have seen unidentified flying objects in the skies. Their technology is incredibly beyond our comprehension. But, despite such technological advances, these machines do not seem to be infallible and in several situations they have already been seen showing defects during their flight and even crashing on terrestrial soil, leading to the death of their alien occupants. This course by Thiago Luiz Ticchetti will introduce you to theories, possibilities and facts that show that there are records of UFO crashes on our planet, in addition to the recovery of the bodies of their crew and spacecraft remains. One certainty you will have: they too fall.

The course “Cases of Falls and Rescues of Flying Saucers: Documented Cases of Accidents of Alien Spaceships Around the World” will take place on October 29 and will be taught by Thiago Luiz Ticchetti. He will present the main cases of UFO crashes and rescues, both abroad and in Brazil, as well as investigation and cover-up projects for such accidents. The registration fee is very attractive, only R$100.00.

Thiago Luiz Ticchetti has been a ufologist for over 25 years and the author of 13 books, including Guia da Tipologia dos UFOs, Guia da Tipologia Extraterresstre and Quedas de UFOs, all released by the UFO Library. He has specialized in typology of extraterrestrial beings, UFOs and reports of encounters between military and civilian pilots with spacecraft. Graduated in administration, he has published dozens of articles in the UFO Magazine and interviewed the most important ufologists in the world for publication. He has regularly participated in interviews for Discovery Channel, History Channel and NatGeo shows. He is the current coordinator of the Brazilian Commission of Ufologists (CBU), national director of the Mutual UFO Network (MUFON) in Brazil. He is also a columnist for the UK magazine UFO Truth and co-editor of UFO Magazine.

What will be taught in the course

The course “Cases of Falls and Rescues of Flying Saucers: Documented Cases of Accidents of Alien Spaceships Around the World” is an initiative of the Brazilian Academy of Ufology, maintained by UFO Magazine. It has 4 modules of 90 minutes each, starting at 9:00 am and going until 6:00 pm with breaks. The student can ask questions as they go along, which the teacher will answer. It will be 6 hours of a lot of content presented for the first time. See the content of each module:

Module 01: The Main Cases of UFO Falls and Rescues of Their Crew

Contrary to what many skeptics claim, there are cases of UFO crashes and the rescue of their crew with abundant material evidence, and mainly testimonials. In this module, some of the most important and relevant cases of ufological accidents in all of Ufology will be presented, such as Roswell, Shag Harbor, Ubatuba, Coyame, Trinity and Kingman, among others. The evidence presented will be impressive.

In this module we will present a collection of cases of crashes of known space artifacts in Brazil, several of which are considered to be aircraft of alien origin. These occurrences show, without a shadow of a doubt, that the phenomenon is also present in our country, where it must be investigated.

Module 03: UFO crashes in the World

We will deal here with a list of cases of falls that have occurred throughout history around the world. In the former Soviet Union there is a fantastic episode, as well as in neighboring Argentina there is the episode of an unidentified flying artifact that fell into the sea. In Sweden in the 1940s, so-called “ghost missiles” crashed into the ground and cases abound around the globe. These are just some of the thousands of UFO occurrences already recorded.

Module 4: Secret Projects and Groups: The Attempt to Investigate and Cover Up UFO Crashes

Since the beginning of the Modern Era of Flying Saucers in 1947, governments have sought to know who these intruders are, but also how these craft work, in order to take advantage of their advanced technology. For that, they created projects and secret groups that were used to cover up the facts or to investigate them secretly. In this module, learn more about the Moon Dust and Mogul projects, and discover the truth about the Majestic-12 or MJ-12 program. Was it real or a hoax?

Watch Thiago Luiz Ticchetti’s invitation to the October course above.

Post Views: 100,150
Tags: The Academy of Ufology announces the October course: Cases of Falls and Rescues of Flying Saucers