The popular tourist attraction Machu Picchu in the Andes Mountains in Peru, is not only known for its sophisticated dry-stone walls that fuse huge blocks without the use of mortar, intriguing buildings that play on astronomical alignments, but also known for the many mysterious UFO sightings above the Incan citadel often photographed by tourists.

Now, on July 20, 2019 a tourist made some images at the ‘sun Gate’ of Machu Picchu when he noticed in one of the images a strange UFO.

It seems as if the UFO emerged from a portal or wormhole. The shadow under the UFO indicates that it is moving above the surface. 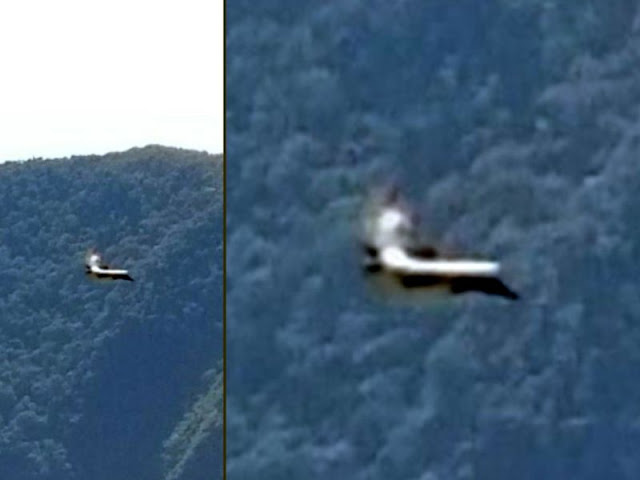 The photographer who submitted the images to Mufon said: Mid afternoon while visiting Machu Picchu we were at the “sun gate “overlooking the archaeological site. It was broad daylight and clear sky.

I decided to take a couple selfies. I took the two photos only 1 or 2 seconds apart. There were about 10 people all looking out over the city and no one heard or seen a thing.

UFO emerges from a portal?

Later that evening while reviewing the photos I saw something what appeared to be a condor which amazed me because we had not seen anything that day even though great visibility but when I blew up the photo it was very evident this was no bird. As yet no persons from Peru or other have been able to give certain identification to the object.