Footprints dating back 120,000 years have been discovered near an ancient lake in Saudi Arabia, which not only offer an insight into humanity’s past, but also the previous climates of Earth. 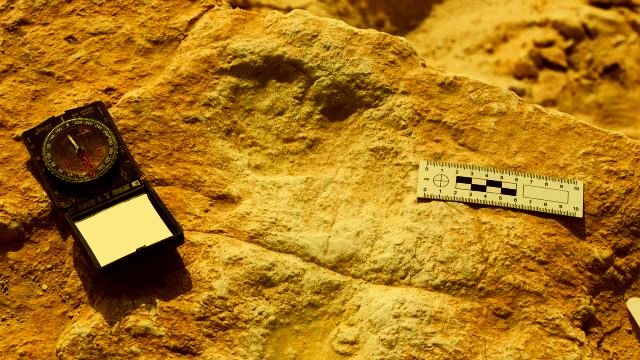 The small, now dried up, lake, found in the Nefud Desert, was also frequented by mammals such as camels, buffalo and other animals.

In total, seven footprints in the area were identified as being from anatomically modern humans. In addition to the footprints, hundreds of fossils were found at the site.