During a recent spacewalk Russian cosmonauts Commander Oleg Artemyev and Flight Engineer Denis Matveev exit the ISS to continue outfitting the European robotic arm on the station’s Nauka laboratory when suddenly an unknown object comes into view next to the service module solar battery. 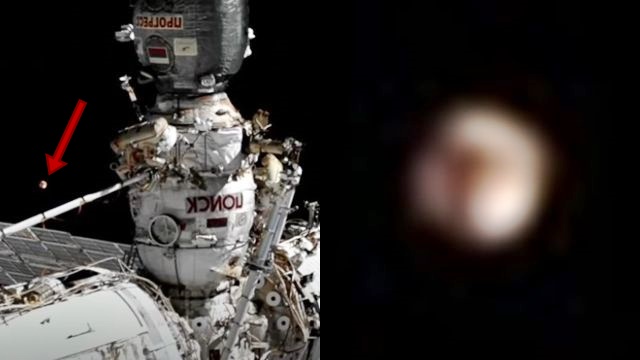 The MCC (control center) who monitors the spacewalk through a live cam noticed the object upon the operator ask Oleg Artemyev to see and describe the object but Oleg said that she did not understand what the operator was asking her, so he ordered Oleg to continue to work on the European robotic arm.

Remarkably, the camera continues to track the object until it disappears from view, proving that this is not space debris, but an extraordinary object under intelligent control, unknown to the space agencies.

The UFO incident (and conversation) can be seen from 7.22.55 to 7.27.55 minutes in the following live video. (Click CC video for English translation).