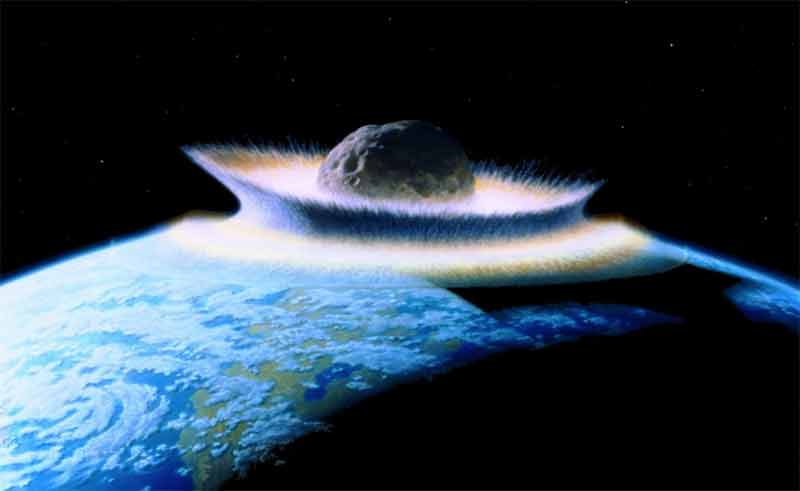 Over the long history of planet Earth, our world has experienced several cataclysmic events of varying magnitude. The best known of these, the Cretaceous-Paleogene extinction event, involved an impact between Earth and a massive asteroid or comet estimated to be 15 km wide. The result of this impact was the mass extinction of most life forms on the planet, with three-quarters of all species present on Earth at the time, both animal and plant, having been wiped off the map.

Although the mass extinctions that occurred at the end of the Cretaceous period have long been recognized by scientists, confirmation of a large-scale impact as the underlying cause did not begin to surface until the 1980s, with the work of experimental physicist Luis Alvarez and his son Walter. The following decade, the discovery of the Chicxulub crater, which forms much of the Gulf of Mexico, provided further evidence of an asteroid impact.

Smaller-scale impacts have also been proposed for other recognized mass extinctions over time, including the megafauna extinctions that began occurring at the end of the last Ice Age. Although some of these impact events remain disputed, the reality of cataclysms over time is something that many scientists have sought to understand, resulting in a variety of theories about their various causes and frequency of occurrence. their appearance.

One of the most original theories in this regard was first proposed by William Napier and Victor Clube in 1979, in their Nature article titled “A Theory of Terrestrial Catastrophism” . The study took a novel approach, in that it investigated whether subtle gravitational disturbances in our solar system could occasionally cause comets to jostle in their position in the Oort cloud, throwing them at any speed towards the inner solar system and, therefore, on a potential collision course with a number of our neighboring planets, or even the Earth itself.

In the 1979 paper, Napier and Clube hypothesized that spiraling galactic arms containing minor planets and traversed by our solar system could explain the current location of comets, as well as various transient objects in our solar system. . They also noted that many of the apparent extinction events recognized in the fossil record seem to convey impacts from comets that have collided with our planet. Napier and Clube concluded that such impacts probably occurred every 30 million years or so, sometimes resulting in large-scale impacts comparable to the Cretaceous-Paleogene extinction event.

The authors found additional support for their theory in places other than Earth. In particular, they highlighted the long-term frequency of the appearance of craters on the Moon, as well as on the inner planets of our solar system. The authors identified what they thought were “brief periods of increased bombardment”, as well as an almost constant rate of cratering on the moon and inner planets over the past three billion years. They attribute this phenomenon “to the disintegration of primordial bodies and the capture of [small planets] in the Oort cloud during the passage of the sun in the Gould belt of Orion’s arm”.

The authors examined a wide range of theories about the effects such impacts might have had through time, citing evidence in stratigraphic records that appeared to convey “patterns indicating transitions between geological periods, catastrophic extinctions and ice ages. »

The idea of ​​Napier and Clube could have stopped there in 1979, if it had not aroused the interest of a few scientists. In the mid-1980s, their brainchild began to morph when researcher Michael R. Rampino began developing it. Over the next decade, he teamed up with Bruce Haggerty and gave Napier and Clube’s concept an entirely new name: the Shiva hypothesis.

Named after the Hindu god of destruction, the Shiva hypothesis as it is known today essentially involves intervals at which cataclysms occur and, in theory, could even be predictable due to changes in position of the Sun relative to the Milky Way. As recently as 2020, Rampino continued to publish evidence that may support this idea, analyzing the ages of ten recognized extinction events involving tetrapods across time. According to his research, Rampino found “a statistically significant underlying periodicity (99% confidence)” of such events occurring roughly every 27.5 million years.

As Rampino and colleagues noted in 2020 , “These results suggest that global cataclysmic events with an underlying periodicity of ~27.5 [million years] were the cause of the coordinated periodic extinction episodes of non-marine tetrapods and marine organisms. »

The Shiva hypothesis also appears to share some elements with (or may even have inspired) other emerging theories about the causes behind extinction events that occur over time. A notable example is the so-called “Nemesis” hypothesis, which involves the hypothetical existence of a red or brown dwarf responsible for the extinction events that occur every 26 million years. This idea was first presented in 1984 by paleontologists David Raup and Jack Sepkoski in an article titled “Periodicity of Extinctions in the Geologic Past” in the Proceedings of the National Academy of Sciences.

Today, there is still a lot of work to be done to determine if a periodicity or “cycle” of cataclysms that led to extinctions on Earth really exists. However, if this hypothesis is ever proven, it could do more than explain what has led to widespread extinctions over time; it could even help prevent future deadly impacts that could one day threaten life on our planet. 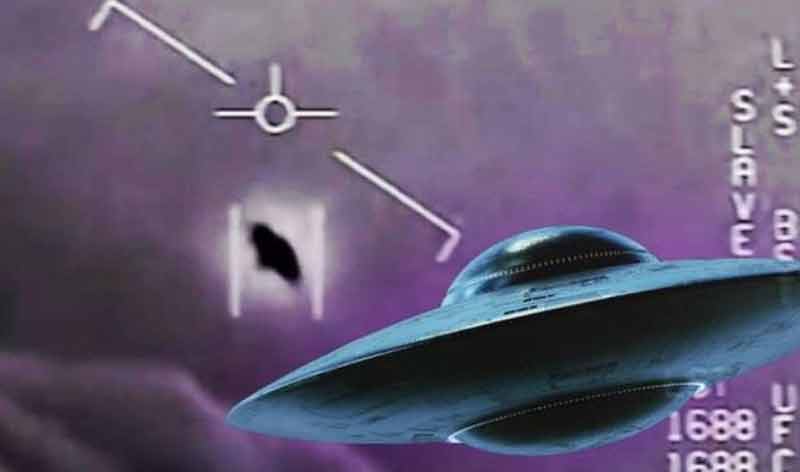 The Pentagon has created a new UFO monitoring group Videos: Madness After A “Humanoid-Like” Object Seen In The Sky! In Russia And Switzerland.