If we ever discover an extraterrestrial life form, we might also discover its viruses – or so one scientist claims. Professor Paul Davies, who is an astrobiologist, cosmologist and director of the Beyond Center for Fundamental Concepts in Science at Arizona State University, said viruses could be a significant factor in the ecosystems of other planets.

Alien life on other planets doesn’t necessarily mean an advanced civilization of humanoids with big heads and bulging eyes – although that’s also a possibility – but it could also be microbes and that’s where that comes from the virus theory, as Davies explains: “Viruses are actually part of the web of life. “I would expect that, if you have microbial life on another planet, you’re bound to have — if it’s going to be enduring and sustained — all the complexity and robustness that goes with being able to exchange genetic information . »

He went on to say that if there is cellular life on other planets, viruses would be able to move genetic information from one planet to another. Also, there would likely be an entire ecosystem of microbes instead of just one specific type.

But there’s no hiding just yet, as Mr Davies said if there are viruses on other planets, humans here on Earth have nothing to worry about. “Dangerous viruses are those that are very closely adapted to their hosts,” he explained. “If there is a truly extraterrestrial virus, chances are it’s not remotely dangerous.” To be more precise, the virus would be more dangerous for everything living on the alien planet rather than being dangerous for Earthlings. Indeed, the virus would not have had the opportunity to infect humans, evolve and spread. I don’t know about you, but I don’t find that very comforting or reassuring.

It would certainly be a factor if humans were to colonize another planet, but Davies claimed the majority of viruses are beneficial. “I think without viruses there would be no sustainable life on planet Earth. ” Really ? The current pandemic is caused by a virus and it has already killed more than 4.5 million people. It is certainly a virus that we could do without.

If there are extraterrestrial viruses somewhere in space, let’s hope they don’t find their way here. 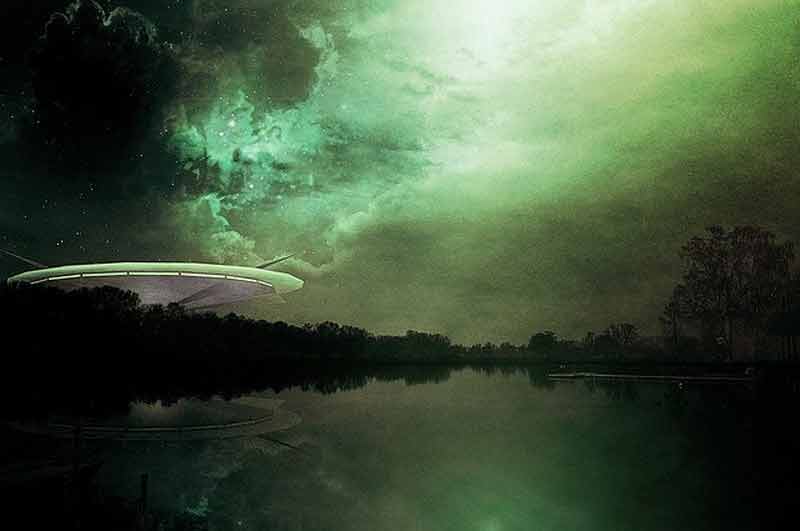 A UFO seen near military installations in 1954 in Stalingrad