On July 19 and 20, 1952, unknown aerial objects were repeatedly sighted in Washington airspace, which on July 24 brought USAF General John A. Samfordto state in a secret memorandum to the Deputy Chief of Staff, Operations: “These reports are of interest to us in that we must always be on alert for any threat or indication of a threat to the United States . We cannot ignore these reports, but the slight hysteria following the publicity given to this subject is causing an influx of reports which, since July 19, has almost saturated our emergency procedures”. The situation really got worse after the weekend of July 26-27. A two-page document from the US Air Force, prepared a few days later, recounts the facts: “This incident involved unidentified targets observed on the radar screens of the air traffic control center and the tower, both located at Washington National Airport, and on the approach control radar at Andrews Air Force Base. In addition, visual sightings were reported at Andrews and Bolling AFB and ARTC, the latter by commercial aircraft pilots and a CAA aircraft. »

The documentation continues: “Variable number (up to 12 simultaneously) of u/i targets on the ARTC radar display. Referred to by CAA staff as ‘generally solid feedback’, similar to aircraft, but slower. Mr. Bill Schreve, flying aircraft NC-12, reported at 10:46 p.m. EDT that he sighted 5 objects emitting glowing orange to white light; its altitude was then 670 meters. Some commercial pilots have reported images ranging from a “cigarette glow” to a “light”. “The ARTC crew commented that, compared to the u/i returns captured in the early hours of July 20, 52, these returns appeared to be more disorderly in their actions, i.e., they did not follow the aircraft and cross the field of view consistently on the same general heading. Some have reported that the returns appear to be from objects “capable of moving out of path at will.” Returns also had a “creeping appearance”.

“All crew members insist that most of the u/i returns have been picked up from time to time over the past few months, but never before have they appeared in such quantity, over such a period of time. prolonged and with such definition, as was the case during the nights of July 19/20 and July 26/27, 1952.” Although the portions excerpted from this report speak for themselves, let us now examine the official transcript of ‘a conversation, dated July 26, between staff at Washington National Airport and staff at Andrews Air Force Baseat the time of the observations: “Washington: Tower Andrews, do you read me? Did you have an aircraft in sight west-northwest or east of your airport heading east? “Andrews: No, but we just got a call from the Center. We are looking for him. “Washington: We have a big target appearing on our screen. It comes right on the western edge of your airport – the northwest edge of it heading east. It will cross the northern part of your land heading east. It’s about 400 yards from the northwest runway, just over the edge of your runway. “Andrews: This is Andrews.” Our radar shows he has a big target northwest of Andrews. He says he has two more south of the field. »

“Washington: Yeah, Center has about four or five around Andrews Gun Station. Center works on a National Airlines plane – Center works it and guides it to its target. He bypassed Andrews. He saw one – looks like a meteor… passed by him… or something. He says he has one about 5 km from his right wing right now. There are so many targets around here it’s hard to tell because they don’t move very fast. Within hours of hearing about the events of July 26 and 27, FBI Director J. Edgar Hoover assigned FBI Air Force Representative NW Philcox to determine what had happened. past and to know the opinion of the Air Force on the subject of UFOs as a whole. On July 29, Philcox made arrangements,

Although the Air Force has publicly downplayed the possibility that UFOs are something truly extraordinary, Philcox was informed that “at this time, the Air Force has not reached any satisfactory conclusion in its research regarding the numerous reports of flying saucers and flying discs observed across the United States”. Philcox was also informed that Air Intelligence had established at Wright-Patterson Air Force Base, Ohio, the Air Technical Intelligence Center, which was established in part for the purpose of “coordinating, correlating and researching all reports concerning flying saucers and flying discs”. Listening very carefully to what Boyd had to say on the subject, Philcox noted that the Air Force had categorized its UFO reports into three definable categories. First, there are sightings “reported by citizens who claim to have seen flying saucers from the ground. These observations vary in description, color and speed. Very little credence is given to these sightings since in most cases it is thought to be an imaginary or explainable object that actually flew across the sky. »

Philcox then learned that the second category of encounters turned out to be more important: “Sightings reported by commercial or military pilots. These sightings are considered more believable by the Air Force since commercial or military pilots have experience in the air and are not expected to see objects that are entirely imaginary. In each of these cases, the person reporting the sighting is interviewed thoroughly by an air intelligence representative to obtain a full description of the object. The third category of encounters, Boyd advised Philcox, were those where, in addition to a visual sighting by a pilot, there was corroboration either from a ground source or by radar. Philcox wrote to Hoover: “Commander Boyd indicated that this last classification constitutes two or three percent of the total number of sightings, but that they are the most credible reports received and are difficult to explain. »

“In these cases,” Philcox was told, “there is no doubt that the people reporting the sightings actually saw something in the sky. And to demonstrate that Boyd was familiar with the issue of UFOs on a global scale, he told Philcox that “sightings have also recently been reported as far away as Acapulco, Mexico, Korea, and French Morocco…sightings reported in the last classification have never been satisfactorily explained. The commander then pulled out a real bombshell, as Philcox notes in his report on the meeting: “[Boyd] advised that it is not entirely impossible that the objects were ships from another planet like March. » 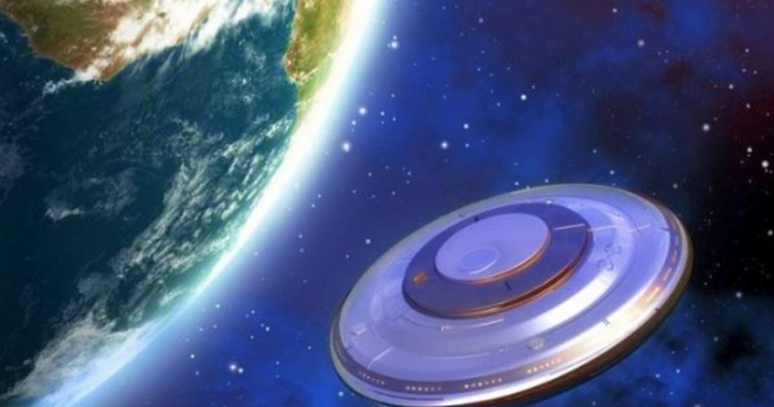