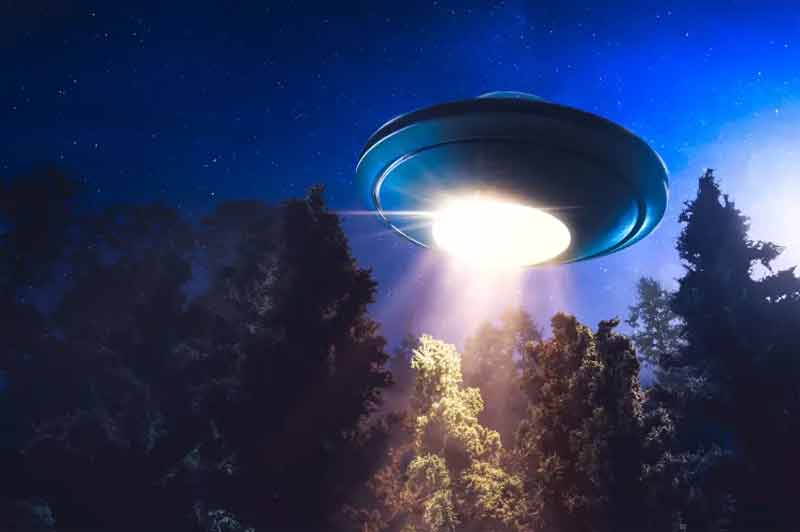 The mystery of the Dulce base remains one of the most discussed cases by UFO specialists. It has been rumored for decades that there is a secret underground facility in Dulce, New Mexico where aliens and humans work together as “partners in crime”. Former FBI agent Ben Hansen attempted to investigate the site where locals claim to encounter UFOs very often.

Phil Schneider, who is at the center of this enigma, claimed to have been involved in the construction of at least two underground bases for the so-called “secret government”, as well as the construction of 13 military bases buried deep underground. Two of those bases were important, including the much-maligned bioengineering facility in Dulce, New Mexico.

UFOs are regularly seen near the Archuleta Mesa mountain, according to local tribesmen who believe they have lived in the shadow of a secret US military station for more than 60 years. For years they have claimed to hear strange noises and some even claim to have been abducted and taken to a secret alien lair deep in the mountain.

Dulce is home to the headquarters of the Jicarilla Apache Reservation in northern New Mexico, and is largely inhabited by some 3,000 natives who are said to have witnessed ovoid craft and had their livestock strangely mutilated.

In 2021, Avery Tafoya, a former reserve police inspector, told The Sun Online : “Everyone in Dulce pretty much knows about it, and we all realize it’s there. There’s growing interest in it and it’s all over the world, not just here. Tafoya is a familiar face in Dulce. As a member of the Jicarilla Apache Nation, her own family has had its share of encounters with strange activities. His father was chief of police and investigated early cattle mutilations and reports of extraterrestrial activity in the area.

The Archuleta Mesa mountain range is the alleged location of a secret 7-story military facility believed to house various races of ETs, and reptilians, as well as genetic experiments conducted on humans such as mind control and cloning.

“He [Tafoya] remembers stories where his father saw what looked like tripod marks near the mutilation site. The correlation with cattle deaths is alarming. I have spoken with several breeders in Colorado who have had the same experience. Through my research, I discovered something called Project Gasbuggy.

In 1967, the Atomic Energy Commission detonated a nuclear device near Dulce to find a use for nuclear weapons, but also to release natural gas trapped underground. Think of it like modern fracking. Did the government make a mistake and release radiation that affected livestock?

One explanation is that the government hoisted these cows into black helicopters to monitor the effects on the cattle, take tissue samples, and then put the cows back in place. This could explain why straps and gas masks were found at some of the sites where these cows were. This looks completely ridiculous though!!! That wouldn’t explain all the mutilation all over the Midwest. I find it hard to believe that no one would have noticed a cow being lifted into a helicopter. I can understand the government covering up its mistakes, but damn it! There are theories regarding the use of blood and tissue. Were the cows dismembered to search for radioactive elements? »

Tafoya told The Sun that he might have had a glimpse of a report (his photocopy) that was supposedly written by federal investigators. During an overnight shift, he claimed to have stumbled across it – and while leafing through it, he found drawings. These would describe a seven-level underground laboratory, run by humans and aliens, where twisted genetic experiments aimed at producing hybrid organisms take place.

At the time, Tafoya didn’t know what he was looking at and wondered if the file had been misfiled. But he said he was no stranger to the theory of a sprawling base in the mountain. Growing up, he heard rumors of a base inside the mountain and construction under the earth’s crust.

According to documents obtained through a Freedom of Information request, US Army engineers at the time had the ability to sneak underground. Tafoya was determined to find an access route to the alleged underground base, and he planned to climb the Archuleta Mesa, which is nearly 3,000 meters high.

Tafoya also appeared in a Discovery Channel documentary titled UFO Witness . He attempted to reach the top of the mountain with former FBI agent Ben Hansen but was thwarted by snow on the trail. However, the two men were able to position a thermal imaging camera towards the edge of the mountain and were stunned by what they saw.

Ben Hansen is a former FBI agent, paranormal investigator and UFO/UAP investigator. Host of shows such as Fact or Faked, UFO Witness and Alien Abduction: Hudson Valley on Discovery Plus and Travel Channel.

“We could see a heat plume coming out of the rock. So it’s an area and I would like to be able to put in thermal cameras to see if we pick up anything that might be from a vent. »

As a federal agent, Mr. Hansen had affairs in both the worlds of national security and criminal law. When he worked at the state level, he dealt with child sex crimes. However, Hansen says he has always had an interest in UFOs and extraterrestrials since he was 5 years old. When it comes to UFOs and extraterrestrial life, Hansen admitted that there’s a lot the government is hiding from humans so they don’t have to worry about it. He confessed that from what he has seen himself, all of his research, and the people he has worked with, he believes 95% that humans have been visited by entities from other worlds.

Local residents claim that part of the mountain around there opened up and craftsmanship developed. In the documentary, Geri Julian, a Jicarilla elder, recounts a horrifying encounter that she says happened in 1986 on the Archuleta Mesa mountain.

Geri Julian, an elder from Jicarilla, has met what she calls “star people”. Credit: Discovery

“She remembers driving with her husband when they both saw an extremely bright light with a dome on top. My husband looked at me and immediately said ‘get in the truck’, I got in the truck”.

But she says the truck’s engine then broke down and “two little people started climbing down a ladder.” Just then, she said, the vehicle started and the two beings went back inside and the craft headed for a hole in the mountain. Later that night, she woke up in her bedroom and “two little people” were on the edge of her bed, trying to pull her out of bed.

She said: “I couldn’t scream. I clung to the mattress and they tried to pull me. Then my husband moved and they let me go”.

Merna Hansen reported that while driving home with her six-year-old son, she encountered UFOs, one of which she said lifted a cow with a beam of light. Before she knew it, the craft was gone. However, the car stopped and the engine stopped working – and six hours passed.

She apparently recounted being abducted under hypnosis by experienced UFO investigator Leo Sprinkle after being terrified by what she said happened. During the regression session, one of the UFOs focused on their car and informed them that she and her child had been taken aboard one of the craft. She referred to her captors as “GRAY” aliens.

Both subjects were stripped naked and subjected to various tests and procedures. They then observed the cutting of the previously captured cow. She allegedly claimed to have seen large vats and lighted containers where “human body parts were suspended”.

This all sounds more like a nightmare than reality, and yet police were apparently examining the mutilated cows just before the alleged event. New Mexico State Trooper Gabriel Valdez claimed to have discovered a series of frightening livestock mutilations in the late 1970s. The officer claimed to have discovered a hybrid that “looked like a human, an ape and a frog” inside a dead cow.

Many attempts have been made by various whistleblowers (the “Warriors of Dulce”, as Mr. Timothy called them) to expose the truth about Dulce and the infiltration of humanity by interplanetary races. However, many of those who sought to enlighten the world about this growing danger found their lives threatened by malevolent forces who would stop at nothing to prevent the truth from coming out.

Mr. Timothy attempted to discuss the connection between Dulce Base and Area 51 in his book “Dulce Warriors: Aliens Battle for Earth’s Domination”, along with 9 others. He added that everything people know about the UFO mystery might actually be disinformation to hide advanced military science and technology. The Wheel Of Ezekiel: Mention of UFOs in the Bible