A secret email between astronaut Edgar Mitchell and John Podesta has been leaked to Wikileaks. Extraterrestrial intelligence and space warfare are the protagonists of this communication, sent on August 18, 2015.

The sixth man on the moon wrote in the second paragraph, “Remember, our nonviolent ETs from the contiguous universe are helping us bring zero point energy to Earth.” It means that we know about it.

When it comes to knowledge, then there has been or there is contact with extraterrestrial intelligence.

“They will not tolerate any form of military violence on Earth or in space,” Dr. Mitchell said in an email to John Podesta, former Hillary Clinton campaign manager and former adviser to President Obama.

“I met President Obama’s childhood friend in Honolulu, US Ambassador Pamela Hamamoto, on July 4 at the US Mission in Geneva, where I was able to speak to her briefly about zero-point energy” , wrote the astronaut in another email sent on the same date.

He said this information was given to him by his colleague Carol Rosin, who worked closely for several years with rocket scientist Wernher von Braun.

Mitchell also said he and his colleague Terri Mansfield wanted to inform Podesta about information the Vatican has about extraterrestrials.

“My Catholic colleague Terri Mansfield will be there too, to update us on the Vatican’s knowledge of extraterrestrial intelligences,” he wrote.

Podesta said earlier that “it’s high time to do some serious research on what’s out there.” He wants all US UFO investigations to be published. “We have to do this because the American people can face the truth,” he said.

Mitchell, who was part of the Apollo 14 mission, said earlier that peaceful aliens on Earth prevented a nuclear war between the United States and Russia. They flew their UFOs over US missile bases and often disabled the missiles, the astronaut said.

What is interesting is that his words were recently confirmed. Former United States Air Force Captain Robert Salas claims that on March 24, 1967, a UFO disabled ten independently launched US nuclear missiles , because extraterrestrial life does not want us to use nuclear weapons.

What a pity that this astronaut is no longer alive. The disclosure of information, the published documents and the general attention paid to this phenomenon mean that there is something up there that encourages them to spend a lot of time and money on secret research. 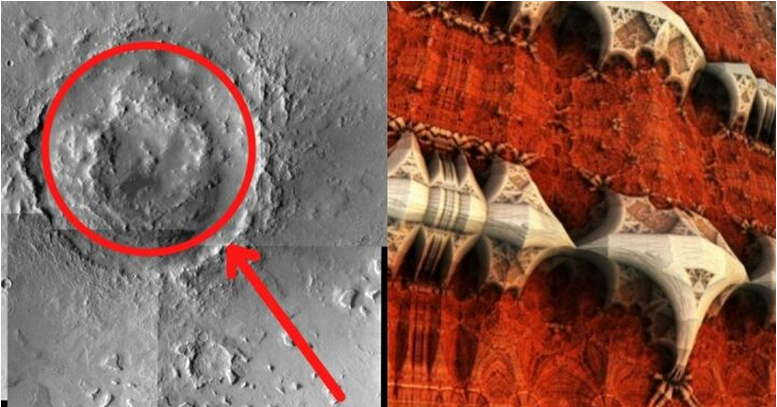 If Mars Was Actually Inhabited By Aliens In Ancient Times, What Happened To It?