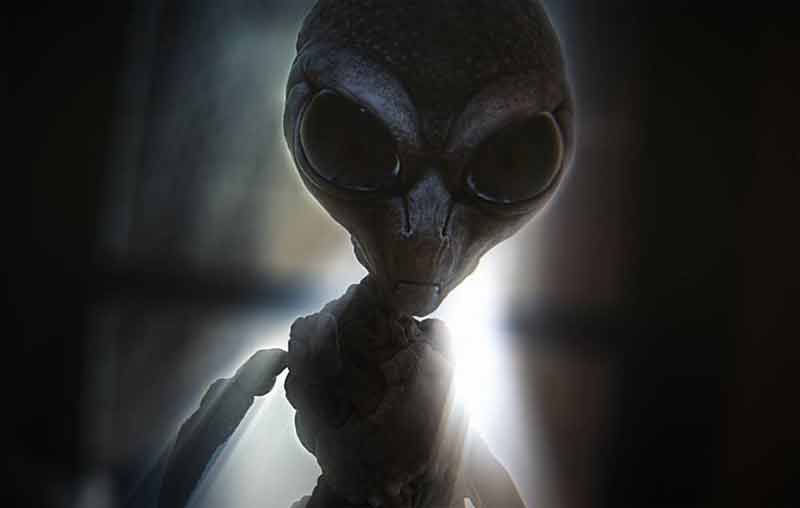 Hundreds of sightings, abductions, and first-hand accounts have identified several distinct extraterrestrial species that have been in cahoots with military forces, deciding our future without ever consulting us.

All of these assumptions have been drawn from historical texts, myths, people who have experienced abductions and other sources. Below are the less obscure of them that we were able to find.

Also known as Zeta Reticulans, the Grays are some of the most well-known aliens and are commonly depicted in alien pop culture. They are the perpetrators of most alien abductions.

By most descriptions, they are between 1 and 2 meters tall, have a domed head and oversized black eyes. Although they possess a mouth, they rarely speak, as most communication is done telepathically.

The Little Grays are said to be a race of genetically engineered workers who are controlled by their superiors, the Tall Greys. Their telepathic abilities allow them to constitute a sort of hive mind.

Genetically engineered to carry out scientific missions, the little grays are emotionless and cruel. They are also responsible for creating a human-grey hybrid race.

Hailing from the Sirius B star system, the Sirians are as sophisticated as they are ancient. Throughout history, they passed on their knowledge to human civilizations of their choosing.

They gave the ancient Egyptians medical and astronomical information and the great pyramids and temples are said to have been built with their help.

The Maya also had a special relationship with the Sirians, who shared information with this enigmatic South American civilization. Aliens originating from Sirius B would have played a role in the disappearance of the Mayans.

Another terrestrial civilization which benefited from the presence of the Sirians is that of the Atlanteans; it is believed that during the cataclysm that sank Atlantis, the Sirians were instrumental in conducting the salvage operations.

Other civilizations were influenced by the Sirians, the most notable case being that of the Dogon tribe of West Africa. Although they were more involved in our planet’s past, the Sirians today play a more subtle role: technology exchange programs.

They are often mentioned in connection with finding secret or exotic weapons as well as experimenting with time travel.

Standing 2-2.5 meters tall, the Gray Masters are the ambassadors for most encounters between human and extraterrestrial forces. They are always present during any diplomatic agreement with the shadow world government.

According to some sources, they originated from a star system in the constellation of Orion. The Tall Grays oversee all abductions and human experiments, but are rarely present during these events.

They prefer to employ the services of their underlings, the Short Grays. As it would seem, they are eager to develop a stable human-grey hybrid race worthy of inheriting Earth.

An advanced and self-centered race, they place little value on human life. They consider us their property.

Often confused with the warrior caste of the Alpha Draconians, these reptilians would be from Earth. The limited information available on this species indicates that they were originally left behind by the Alpha-Draconians to colonize Earth.

Their interaction with humanity goes back thousands of years, sometimes offering their help but more often using us as a commodity. They have infiltrated almost every aspect of human life and occupy positions of power.

The reptilians manipulate our elites and run our institutions and organizations. They built the financial system and influence all religions.

The underground reptilian race would also control the media and all businesses. They are behind most crimes against humanity.

According to scientists, there is a twelfth planet in our solar system (known as the possible “planet X”). They refer to this planet as Nibiru, which lies somewhere beyond Pluto.

This planet is inhabited by the Anunnaki, who originally landed on Earth and colonized it. They first came with the intention of mining Earth for gold and other minerals, and live a kind of idealistic society in a small colony. Before coming to Earth, the Anunnaki colonized the planets of the Orion star system.

Needing manpower, they would have created humanity. Through genetic manipulation and in vitro fertilization, they elevated the genus Homo to sapiens.

Present on Earth since our creation, the Anunnaki have influenced all aspects of human life. We inherited their patriarchal culture of violence and revenge, it’s in our altered DNA.

The Anunnaki are in direct competition with the Draconians for control of humanity.

Corrupt and vicious, the Alpha-Draconians infiltrated human society thousands of years ago, and are the oldest known reptilian race in our galaxy. Although they came to Earth from their colonies on Alpha Draconis, their homeworld of origin is unknown.

They lay eggs and use a “fighting hormone” to speed up the birth process. They constitute a duality. This is why the ancestral females do not participate in the war, because if they did, there would be no one to help them lay their eggs. They must also be there to secrete their hormone.

A decidedly giant reptilian species, they stand 14 to 22 feet tall and weigh around 800 kg, mostly muscle. They can be compared to Tyrannosaurus Rex.

These Alpha-Draconians have black and brown scales on their bellies, whiskers along their chins and jaws, and multiple abdomens. They are an intelligent race with large heads and reptilian eyes.

Some accounts describe them as having a tail or even wings and they are, in fact, the only genetic line of their ancestors that is not extinct.

Contactee Alex Collier says he was cleared to share some details about these extraterrestrials:

“The Draconians are the force behind the repression of human populations throughout this galaxy, instilling fear-based belief systems and restrictive hierarchies. »

“They are extremely clairvoyant and extremely intelligent, and they can also be extremely sinister. »

The Draconians consider themselves the first intelligent species to evolve in the Milky Way galaxy. Competitive and expansive, they have populated many worlds. Their huge egos allow them to see themselves as the rightful rulers of less evolved worlds like Earth.

Their continued exploitation of the human race proves that they view us as an inferior species.

According to reports, there are actually two types of Alpha-Draconians divided into two castes: the giants are part of a royal caste called the Ciakar while the smaller (2.5 meters) form a class of well-trained warriors . The Strange Story Of The Man From “Taured” Who Vanished As Mysterious As He Came!