A Brazilian guard named Almiro Martins learned the hard way that it’s not wise to randomly shoot UFOs, even if your job is to protect vital infrastructure like a dam. It was on the night of Sunday, August 30, 1970, at 9:45 p.m., that Almiro Martins De Freitas, guard at the Funil hydroelectric plant, in Resende, in the state of Rio, had his close encounter with a strange flying object.

De Freitas—then a 31-year-old married man with 3 children—was at his usual post at the plant, near the precipice, when he spotted a row of at least 15 “beautiful” blue and yellow lights that seemed to be projected from a group of “portholes” 40 inches wide.

Shortly after, he heard an explosion and the lights went out for a few seconds. That’s when he saw the object about 165 to 200 feet away. he crawled along the dam to get closer, eventually getting within 50 feet. De Freitas described the object as rectangular in shape, like a “flying wing.”

The Guard Was Blinded By UFO Lights

De Freitas’s first reaction was to flee from the unknown object, but as it loomed directly over the dam, he reminded himself that if it broke, four villages and thousands of lives would be lost. So, he walked over, pulled out his .38 caliber revolver, and shot the UFO. Instantly, the lights in the rectangle grew brighter and it began to make a noise that reminded the witness of a jet engine’s turbine.

He took a few more steps forward and fired his second and then third shots at the object. Instantly, a bluish-silver beam shot out of the UFO and hit his body, making him feel “pins and needles” everywhere. De Freitas closed his eyes momentarily, but when he opened them, he could no longer see.

Other Witnesses Of The UFO

Other guards at the power plant also saw the object and started running to help him, when De Freitas blindly shot the UFO a third time.

“Don’t look,” de Freitas yelled at the other guards. “Watch out! The flash blinded me!” The Funil Hydroelectric Power Plant was built on the Paraíba do Sul River, in a place known as “Salto do Funil”.

The guards attending him had heard each of the three shots ricochet off the UFO. And they had difficulty moving their partner who was left temporarily paralyzed and blind.

De Freitas was rushed to the hospital where he stayed for 14 days until his sight returned. Dr. Orlandino Fonseca, who treated de Freitas, diagnosed his blindness as psychosomatic, “but nevertheless caused by a real experience.”

Cover of the Rio de Janeiro newspaper reporting the case.

After the diagnosis, he was transferred from the Aeronautical Hospital to the Red Cross Hospital where he was placed in the hands of the security authorities and kept in isolation.

Following the mysterious event, the place where the UFO was seen hovering was carefully examined. Although the area had recently been repaired with new concrete, a few days after the close encounter, investigators discovered unexplained holes and that the concrete was now dusty.

The area was later cordoned off and heavily guarded.

The Ministry of Aeronautics announced on September 4—five days after the incident—that the case was under investigation as a result of several similar reports from multiple witnesses during the same time period.

However, no formal and official document was ever published. What you have just read here stems from a 1970 report published by the Aerial Phenomena Research Organization (APRO), a group that scientifically investigated UFO sightings between 1952 and 1988. The Poltergeist: Terrifying Supernatural Entity Created By Our Thoughts 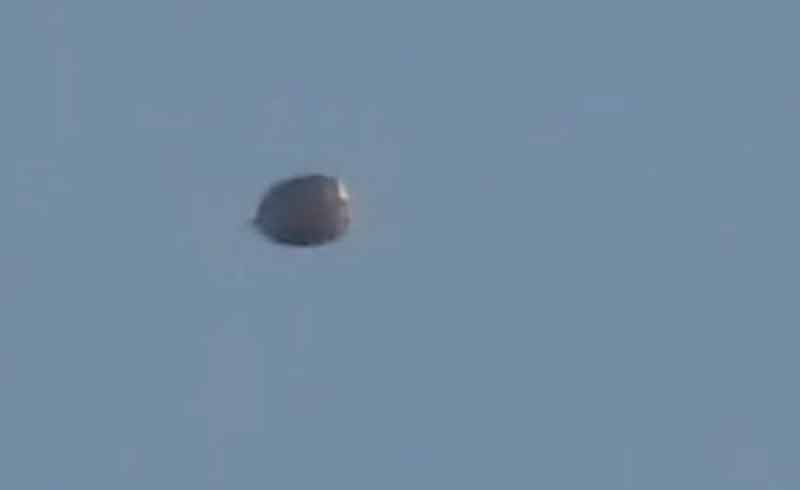 Bizarre UFO Spotted And Recorded Over The Grand Canyon