The Exeter UFO incident was a well-known UFO sighting that happened in the town of Kensington, New Hampshire, about 5 miles (8 km) south of Exeter, New Hampshire, on September 3, 1965. Several people had witnessed mysterious sightings in the weeks leading up to the Exeter UFO incident in that particular area, but the sighting of September 3, which involved a local teenager and two police officers, became by far the most famous. The November/December 2011 issue of Skeptical Inquirer explains what happened based on what people saw and described it to the magazine. On the night of September 3, 1965, an 18-year-old Norman Muscarello was hitchhiking along New Hampshire Route 150 to get back to his home in Exeter. When Muscarello got to Kensington, a few miles outside of Exeter, he saw five bright red lights flashing in the distance. At first, he assumed they might be the lights of a police car or fire truck. As he got closer to the lights, he saw that they were just above the trees and shining bright red light on a field and two houses nearby. (The Dining family lived in one house, however, they were not present in their home at that moment, and the Russell family lived in the other.)

Muscarello thought the object was between 24 and 27 meters in diameter. He was scared when the silent object started to move steadily toward him. In a panic, he jumped into a ditch on the side of the road. The lights changed direction and hovered over the Dining farmhouse.

Muscarello ran to the Russells’ house, banged on the door, and yelled for help, but no one answered (the Russells later said they heard Muscarello at the door but were too scared to open it). The mysterious object then moved away and went into the woods nearby. Muscarello ran into the road when he saw the headlights of a car coming toward him. This made the car stop. The couple in the car took the scared kid to the police station in Exeter. At the police station, Muscarello told his story to Officer Reginald Toland, who worked the night desk. Muscarello was pale and looked scared. Toland knew Muscarello, and he was surprised by how scared and upset he looked. Toland called police officer Eugene Bertrand, Jr., who had seen an upset woman sitting in her car on NH 108 earlier in the evening.

When Bertrand stopped to see if she needed help, the woman told him that a “huge object with flashing red lights” had followed her car from Epping, 12 miles (19 km) away, and hovered over the car before flying away. Bertrand thought she was crazy, but he stayed with her for about 15 minutes until she settled down and was willing to drive.

When they got to the police station and heard Muscarello’s story, Bertrand and Muscarello decided to go back to the Dining farm and check out the field where Muscarello had seen the lights.

Bertrand accompanied by Muscarello reached the site of the incident, and initially, they saw nothing unusual. However, when they reached the sight where Muscarello had first seen the lights, horses in a nearby corral started kicking the fence and making loud, scared noises. Dogs in the area also started barking and howling. Then, Bertrand and Muscarello saw something slowly rise from the trees on the other side of the corral. Bertrand commented on the size of the UFO and asserted that:

“This huge, dark object as big as a barn over there, with red flashing lights on it.”

The mysterious object moved toward them silently and swayed back and forth as it got closer. Bertrand instinctively remembered his training as a police officer and got down on one knee, pulled out his revolver, and pointed it at the thing. However, he later decided that it would be foolish to shoot a mysterious object he had no clue about, so he put the gun back in its holster, grabbed Muscarello, and they ran back to the patrol car together.

Bertrand called for help from another Exeter police officer, David Hunt. While the two of them waited in the car for Hunt to arrive, they kept watching the object. An expert on UFOs, Jerome Clark state that:

“Bertrand and Muscarello observed the object as it hovered 100 feet away and at 100 feet altitude. It rocked back and forth. The pulsating red lights flashed in rapid sequence, first from right to left, then left to right, each cycle consuming no more than two seconds; the [local] animals continued to act agitated.”

When officer Hunt reached the site, the object continued to be there, and witnessed the mysterious flying saucer.  It eventually went up over the trees and out of sight. Soon, Hunt heard the engines of a B-47 bomber flying above him, and he later told journalist John G. Fuller, “There was no comparison” between the UFO and the bomber. All three men drove back to the police station in Exeter and told the officers what they had seen in their own ways. Bertrand took Muscarello home, where he told his mother what had happened.

The things that Muscarello and the two policemen saw were reported all over the country. Journalist and regular Saturday Review columnist John G. Fuller was in Exeter to look into the sightings. Fuller talked to several people in the Exeter area who said they had also seen strange lights and objects. “A red light on top and the bottom was white and glowing. It appeared to be spinning. It passed over the car once and when it passed over and got in front, it stopped in midair. Then it went back over the car again.”

Fuller also talked to officer Toland at the police station in Exeter. Toland informed Fuller that he had gotten calls from people in the Exeter area who had seen UFOs. Mrs. Ralph Lindsay’s call was a good example of the kinds of calls Toland had been getting.

“She called in here early, just before dawn. She said it was right out her window as she was calling. It was like a big orange ball, almost as big as the harvest Moon and it wasn’t the Moon, either all the time she was talking to me, her kids were at the window watching it. Now why would people go to all this trouble — people all over the area — if they weren’t seeing something real?”

Investigation Conducted By The Air Force Of Exeter UFO Incident

The reports made by Bertrand, Hunt, and the young boy were found intriguing by the police chief of Exeter, New Hampshire. He called the nearby Pease Air Force Base and told them that a UFO had been seen. Major David Griffin and Lieutenant Alan Brandt were sent by the Air Force to talk to all the three witnesses and all three of them were directed not to speak about the UFO sighting to the public. However, a reporter from the Manchester Union-Leader had already talked to them. Major Griffin told the staff of Project Blue Book about what had happened. Project Blue Book is the official Air Force research group that looks into UFO reports.

“At this time I have been unable to arrive at a probable cause of this sighting. The three observers seem to be stable, reliable persons, especially the two patrolmen. I viewed the area of the sighting and found nothing in the area that could be the probable cause. Pease AFB had five B-47 aircraft flying in the area but I do not believe that they had any connection with this sighting.”

Prior to this evaluation being sent to the Pentagon, Air Force had already released an explanation of Muscarello and the two police officers’ sighting. According to Pentagon officials, three men had seen something:

“Nothing more than stars and planets twinkling … owing to a temperature inversion.”

According to Project Blue Book, the lightning which had been perceived as a UFO sighting could have been caused by “Operation Big Blast such as a SAC/NORAD training mission” that was in progress on the night in question. Major Hector Quintanilla, the USAF’s Project Blue Book supervisor, commented on the sighting that the Officers Bertrand and Hunt witnessed:

“In addition to aircraft from this operation [Big Blast], there were also five B-47 aircraft flying in your area during this period … since there were many aircraft in the area, at the time, and there were no reports of unidentified objects from personnel engaged in this operation, we might then assume that the objects [you] observed between midnight and two a.m. might be associated with this military air operation. If, however, these aircraft were noted by either of you, this would tend to eliminate this air operation as a possible explanation for the objects observed.”

Controversy After The Investigation Of

Despite the Air Force’s explanation, Muscarello, Bertrand, and Hunt all strongly disagreed. Project Blue Book received a letter from the two police officers, and they mentioned that:

“As you can imagine, we have been the subject of considerable ridicule since the Pentagon released its ‘final evaluation’ of our sighting of September 3, 1965. In other words, both Patrolman Hunt and myself saw this object at close range, checked it out with each other, confirmed and reconfirmed that it was not any type of conventional aircraft … and went to considerable trouble to confirm that the weather was clear, there was no wind, no chance of weather inversion, and that what we were seeing was in no way a military or civilian aircraft.”

On top of that, their UFO sighting occurred about an hour after Operation Big Blast was believed to have ended, which clearly ruled out this explanation. It was over four months after the incident that Project Blue Book did not answer their message, so on December 29, 1965, the two men addressed another letter to Blue Book in which they wrote that the object they saw was a UFO.

“Was absolutely silent with no rush of air from jets or chopper blades whatsoever. And it did not have any wings or tail … it lit up the entire field, and two nearby houses turned completely red.”

Muscarello and the cops weren’t the only ones to criticize the Air Force’s explanation; John G. Fuller also had the same opinion. He firmly stated that there had been a strange object near Exeter, and it was being chased by an Air Force plane. National Investigations Committee on Aerial Phenomena (NICAP) New England investigator Raymond Fowler also submitted a lengthy report on the Exeter occurrences. The Air Force’s explanation, according to him, was equally inaccurate. UFO sightings were once attributed to lights from Pease AFB, an Air Force base located just a few miles away. To demonstrate his point, he turned on the lights in front of a large throng gathering far away. “He ordered personnel at the base to turn the lights on. Everybody looked and waited — and nothing happened. Frustrated, he yelled into the mike to turn on the lights. A voice replied that the lights were on. The very embarrassed officer slunk back into the seat of the staff car and drove off amongst the laughs and jeers of the crowd.”

John Spaulding who was positioned as Lieutenant at the Office of Secretary of the Air Force finally responded to the police officers’ letters in January of 1966.

“Based on additional information submitted to our UFO investigation officer, Wright-Patterson AFB, Ohio, we have been unable to identify the object you observed on September 3, 1965.”

So far, this Exeter UFO incident is believed to be the most well-documented UFO sighting and best-publicized in UFO history. What are your views on the Exeter UFO Incident , let us know in the comment section. 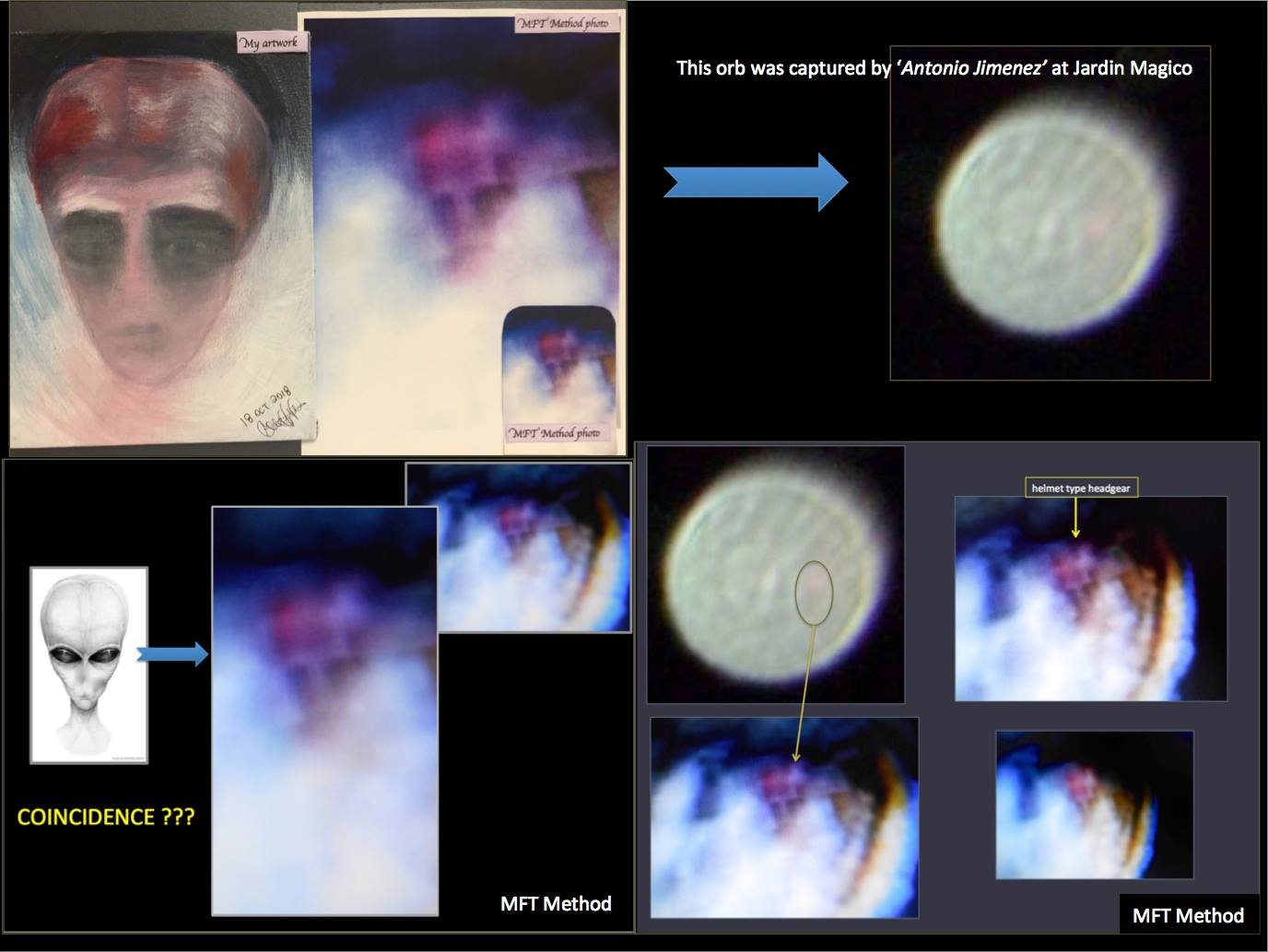 Merlina Marcan: From My “ORB TO PORTRAIT” 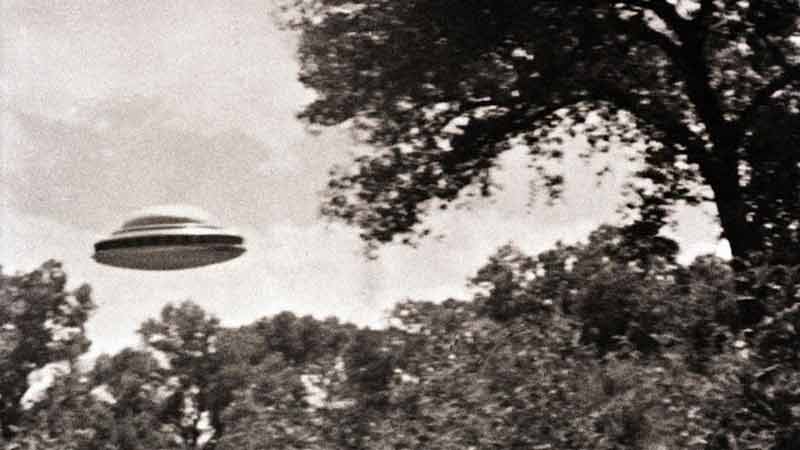 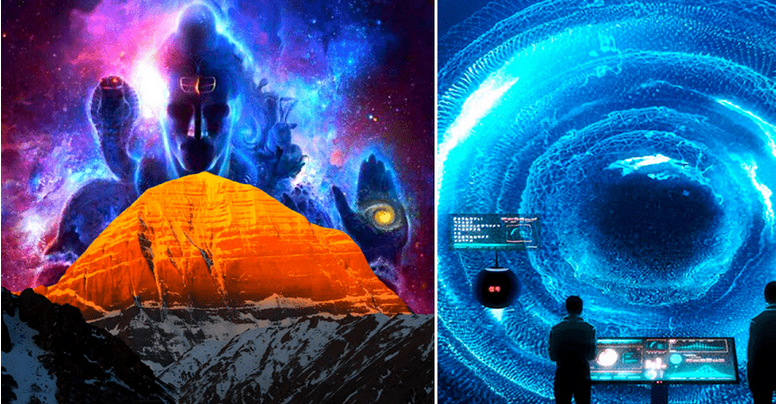