Indonesia has a mountain called Sadahurip (Gunung Sudahurip), which is considered by many to be the oldest pyramid in the world. This mountain does indeed have a suspiciously flat pyramidal shape (only it does not have four faces, like standard pyramids, but five faces). It is located in the area of ​​the city of Garut, West Java province.

This mountain relatively recently became known to the masses around the world, when the Indonesian authorities decided to develop tourism and advertise local attractions.

It is reported that the inhabitants of local villages believe that the earthen embankment of the mountain hides within itself a stone pyramid leftover from very, very old times, inside which treasures are kept. They themselves use the slopes of the mountain for vegetable gardens, growing vegetables here.

In an effort to test these rumors, in 2012 the Indonesian government decided to conduct a study, inviting a group of archaeologists and anthropologists from the Bandung Institute of Technology and the Indonesian Institute of Science (LIPI). However, at first, it was reported that scientists did not find any really ancient artifacts here, and then the study was completely frozen for unknown reasons. At the same time, Indonesian volcanologists expressed confidence that the mountain has a naturally conical shape, not because it is a man-made pyramid, but because of volcanic activity and consists of solidified lava.

The Sadahurip – Pyramid In Indonesia?

Geological researcher Sujatmiko gives 5 reasons why there cannot be a pyramid inside a mountain.

1) Mount Sadahurip, both below and above, is solid rock with a thin layer of earth on top, so it is very difficult to imagine that all this stone mass can be man-made.

2) To build a pyramid similar to the Egyptian pyramids of Giza, it would take 200 thousand people over 20 years, carrying 2.3 million tons of stone blocks. For a pyramid the size of Mount Sadahurip, this seems completely impossible, because the rocks in it are dated by their carbon footprint at about 6-7 thousand years, and in that era, the population of Indonesia used only stone tools.

3) No reliable traces of artificial rock treatment were found. In some places, there is something similar to ancient hieroglyphs, carved on stones, but Sujatmiko considers them only traces of weathering. 4) According to local stories, the stones for the construction of the pyramid were brought from Mount Rahong, but Sujatmiko believes that these stones are completely local and are solidified lava.

5) There is a cave in Mount Sadahurip, which many call the blocked entrance to the pyramid since it is only a few meters long. Sujatmiko is sure that the walls of this cave are not man-made, but completely natural.

However, even Sujatmiko admits that from a geological point of view, Mount Sadahurip is a whole “set of contradictions.”

Alas, it is very difficult to find more detailed data on this mountain on the net. There is information that 120 families who live in the area of ​​this mountain, loudly protested against the work of the research groups, because it harmed their gardens so that since 2012 no one has studied the mountain. 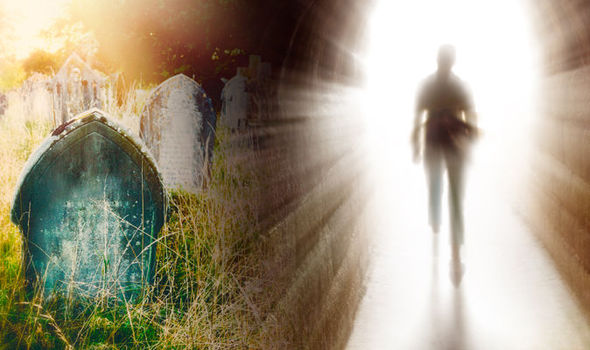 VIDEO: The Departure Of The Soul Into A Different World. 2 Angels Are Taking Away The Soul Of The Dead Child. Here Is Some New Evidence Of Even More Ancient Advanced Civilizations