For two years, the restless spirit of a young American Marine haunted a house in Portland, Oregon, attempting to communicate the truth to his mother about his brutal and strange death. This frightening incident accounts the details of a spirit of a Marine Lieutenant James Sutton seeking justice for his brutal murder. The restless ghost demanded justice and truth to be known to all.

Lieutenant James Sutton was a member of a middle-class family in Portland at the beginning of the twentieth century. His parents, both of whom were respectable people, were overjoyed when he was approved to train as an U.S. Naval officer at Annapolis Military Academy.

They looked forward to his cheery and warm letters. When the postman arrived on October 11, 1907, his mother ran to the letterbox as usual and excitedly tore open the package. The nicely written paragraphs were amusing – yet as Rosa Sutton held the letter, her hand trembled and she had a distinct impression that something was gravely wrong.

The following evening, while sitting with her family, she suddenly experienced a strong onset of pain and a sense of shock. She ascended to read her son’s letter once more to ensure she had not overlooked anything.

The following day, still worried, she attended Mass at her neighbourhood Catholic Church. Following that, she attempted to occupy herself with household tasks but couldn’t shake the strong feeling that James would return unexpectedly. She was so certain, in fact, that her daughter, Louise, was assigned the task of preparing his bedroom.

They were taken aback when Mr. Sutton abruptly returned home from work, looking disturbed and pale. “I have some horrible news,” he continued, softly informing his wife that he had received a telegram from Annapolis informing them that their son had killed himself. Mrs. Sutton, a devout Catholic, was adamant in her refusal to believe her son committed suicide.

“At that instant,” she wrote later, “Jimmie stood right before me and said ‘Mamma, I never killed myself… my hands are as free from blood as when I was five years old.’” No one else in the room saw or heard anything and when Mrs. Sutton kept insisting he was there they merely thought the news of his death was too much for her.”

They could not, however, deny the facts that tumbled out of her mouth as she listened to the unseen presence. She claimed her son was attempting to communicate something critical to them. He had been struck in the head by the butt of a revolver, pounced on him, beaten him, and attempted to rub his face into the ground. They had kicked him and broken his watch.

“Oh, if you could see my forehead and put your hand on my forehead, you would know what they had done to me. But I did not know I was shot until my soul went to eternity.”

Prior to his disappearance, he pleaded with Mrs. Sutton to clear his reputation, stating that he would not rest until it was. The Phantom was tenacious. He reappeared on October 16. According to Mrs. Sutton’s testimony, he elaborated on his death, explaining how his attackers attempted to bandage his head in order to conceal their actions.

“My face was all beaten up and discoloured, my forehead broken and there was a lump under my left jaw.”

As if to demonstrate conclusively, the next time Mrs Sutton encountered her son’s ghost (James Sutton), his face was horribly damaged and discoloured. Still draped in a magnificent coat, he appeared to be on the lookout for something.

The entire house was alive with the ghost’s presence at this point. Dan, the young Marine’s brother, swears he saw him once, and Louise, his sister, was acutely aware of his presence. Daisy, another sister, “dreamed” one night that she was given a snapshot of a swarm of young marines and couldn’t take her gaze off one of James’ fellow officers, a man named Utley.

Soon afterwards, Mrs. Sutton stated that her son attempted to inform her that his body had been hidden in a cellar by a lieutenant named Utley. Mrs. Sutton’s strange experiences were confirmed three weeks after James’s death, when Louise returned from the Annapolis funeral with her brother’s possessions. A smashed wristwatch was among them.

The Suttons listened with increasing scepticism to the official account of their son’s death from the authorities. Lieutenant Sutton and a group of friends attended a naval dance, according to official documents. After it concluded, they returned to camp, but were extremely inebriated, and a brawl ensued.

During the altercation, James was tossed to the ground and was overheard making threats to kill the other two before morning. He returned to his tent and retrieved a pair of pistols. This resulted in his arrest, and during the attempt to apprehend him, he turned the gun on himself.

Lieutenant Sutton was buried at Arlington Cemetery, but his ghost haunted his old Portland home. At first, the Suttons felt helpless. Naval physicians testified at the inquest that James’ face was not scarred. Suicide appeared to be the appropriate verdict. However, after nearly two years of agony, the bereaved parents made a startling choice.

Autopsy Of The Body Of James Sutton

They requested that the body of their son be unearthed. An independent investigation uncovered some startling findings. The bones revealed that he had been severely mutilated, as though beaten. His brow was creased, and a lump created by an injury could be seen beneath the left side of his jaw. Following the autopsy, it was determined that the angle at which the gunshot entered the body was inconsistent with self-inflicted wounds. Additionally, it was discovered that his uniform’s shoulder knot was gone.

Soon afterward, the Suttons received an anonymous letter confirming Lieutenant Sutton’s assassination. The handwriting was traced and identified as that of a young serviceman who had attended the after-navy dancing party. All attempts to locate him were unsuccessful.

However, it appeared as though the spirit had been satiated. He needed to erase the stigma associated with suicide from his given name. Mrs. Sutton occasionally caught a glimpse of him, but the vision grew fainter and ultimately vanished entirely. It seems that a spirit of a Marine Lieutenant James Sutton seeking justice for his brutal murder has finally received what he wanted. The restless ghost demanded justice and truth to be known to all. 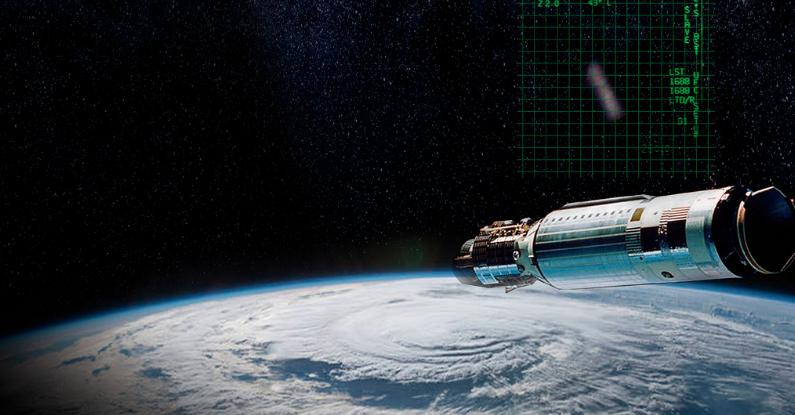 Watched over by aliens in space and on the moon Long-lost moon could be the origin of Saturn’s rings