An intense ring of light that was speculated to be created by photons speeding along the back of a supermassive black hole has been observed by scientists in vivid confirmation of theoretical predictions.

Using sophisticated algorithms, the scientists detected a sharp ring of light created by photons hitting the back of a supermassive black hole. The researchers believed that there would be more images and even greater insights to be extracted from the data. This showed a dark core surrounded by a fiery aura of material falling towards it. The simulations predicted that photons thrown around the black hole by its intense gravity should produce a thin, bright ring of light hidden behind the diffuse orange glow. Scientists led by Avery Broderick have remastered the original image of the supermassive black hole at the center of the galaxy M87 using complex imaging algorithms.

As Broderick, an associate faculty member at the Perimeter Institute and the University of Waterloo, explained, “(…) we turned off the spotlight so we could see the fireflies. We managed to do something profound – resolve a fundamental signature of gravity around a black hole.” The environment around the black hole can be clearly seen by “peeling” elements from the image, says co-author Hung-Yi Pu, an assistant professor at the National Normal University of Taiwan. Using the Event Horizon Telescope (EHT) analysis framework, THEMIS, the team isolated and extracted the distinctive ring feature from observations of the M87 black hole — as well as detecting a powerful jet erupting from the black hole — using a new imaging algorithm. . 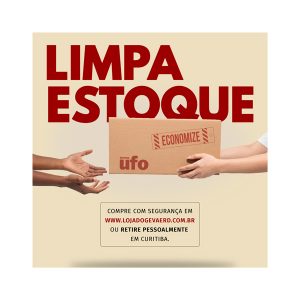 In addition to confirming theoretical predictions, these findings provide new ways to explore these mysterious objects believed to reside at the centers of most galaxies. In 2019, the EHT collaboration discovered the supermassive black hole in M87, followed by the comparatively smaller but highly turbulent black hole at the heart of our Milky Way, called Sagittarius A* (or Sgr A*). The center of most galaxies is occupied by supermassive black holes, which pack a tremendous amount of energy and mass into a small area. As an example, the black hole M87 has a mass of two quadrillion times that of Earth.

The researchers felt that if they worked smarter than harder, they could gain new insights from the M87 image released in 2019. Using new software techniques, they reconstructed the original 2017 data to identify phenomena that theories and models predicted would occur. would hide under the surface. As a result, the team created an image of the photon ring, comprising a series of increasingly sharper subrings that were stacked together to produce the complete image.

“To build a custom model for the EHT data, we leveraged our theoretical understanding of what black holes look like ,” said Dominic Pesce, a team member at the Harvard & Smithsonian Center for Astrophysics. “This model decomposes the reconstructed image into the two pieces that interest us most, so that we can study the two pieces individually, rather than mixed together.” According to Broderick, the EHT is fundamentally a computational instrument. It depends on algorithms as much as it depends on steel. The researchers’ findings were published August 16 in The Astrophysical Journal.

Watch a call by Pedro de Campos for the XXVI Brazilian Congress of Ufology:

Description of the lecture:  Cidade de Pedra, as São Tomé das Letras is known, in Minas Gerais, is considered one of the most energetic points on Earth and offers visitors natural beauties and great mysteries to be deciphered. The speaker was there investigating abduction cases and interpreting occurrences for the filming of the series Carona Com os OVNIs, shown by the History channel. Flying saucers seen there even make entrances to subterranean worlds of another dimension. Everything has been examined and will be shown at the conference.

Biography:  Graduated in mechanics, telecommunications and business administration, he worked in a multinational company, was in Italy for two years and brought to Brazil technology for data transmission via satellite, teleprinters that gave rise to e-mail. He is a researcher of scientific spiritism, psychobiophysics and ufology. He is a consultant for UFO Magazine, writes for Espiritismo & Ciência magazine and is the author of eight books published by Lúmen Editorial, in São Paulo.