US Congressman Tim Burchett has urged the world to step up its investigations into UFOs, and fears that if more action is not taken urgently, tragedy could ensue.

“It is only a matter of time before an aircraft collides with a UFO on Earth. The world needs to step up its investigation into the 143 unexplained encounters between unidentified aerial phenomena and military jets before tragedy strikes ,” according to US Congressman Tim Burchett. While defense chiefs and the US space agency NASA have released separate studies into potential alien spacecraft, the 57-year-old has warned that progress is not proceeding as quickly as it should.

He asked the United States government to make public all records it holds on UFO sightings and “Top Gun” pilots who claim to have had close contacts so that they can be called to testify before Congress. Burchett, the former mayor of Knox County, Tennessee, expressed frustration that defense chiefs have so far only been able to find an explanation for one of 144 reported sightings since 2004. 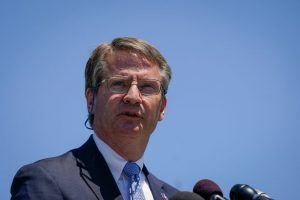 He claimed that the search for the truth is being undermined by a lack of transparency “(…) which is not only unfair to the public, but can jeopardize the safety of our pilots.” He said: “Many military pilots have reported UFO encounters that have no logical explanation. Some of them warned that it was only a matter of time before an aircraft collided in midair with an unexplained object. However, despite these warnings and reports, the first standardized reporting framework was not established until 2019. Our government has been surprisingly quiet on the matter for many decades despite the many reports.”

In June, NASA announced that it is forming a team of space experts to investigate the “unidentified aerial phenomena.” The team will spend nine months reviewing the evidence before producing a report, which will be made public. A spokesperson for the space agency said that while there is no evidence that the sightings are of extraterrestrial origin, it accepts that “(…) unidentified phenomena in the atmosphere are of interest to both national security and air safety. ”

Lecture title:  The Change the World Will Experience After the UFO Opening

Lecture Description:  What if the UFO cover-up ended today? How will humanity face the alien presence on Earth when it is officially confirmed by the governments of the major global powers, such as the United States and Russia? This is not a fictional scenario and is fast approaching becoming reality. Recent revelations by the US Navy and constant comments from Vatican officials are examples that the UFO overture is about to become a reality. How will this affect our view of the Earth and the universe? And how, in particular, will it affect our view of ourselves as a species?

Biography:  The lecturer has been a ufologist for over 25 years and author of 13 books, including UFO Typology Guide, Extraterrestrial Typology Guide and UFO Falls. He has specialized in typology of extraterrestrial beings, UFOs and reports of encounters between military and civilian pilots with spacecraft. Graduated in administration, he has published dozens of articles in the UFO Magazine and interviewed the most important ufologists in the world for publication. He has regularly participated in interviews for Discovery Channel, History Channel and NatGeo shows. He is the current coordinator of the Brazilian Commission of Ufologists (CBU), national director of the Mutual UFO Network (MUFON) in Brazil. He is also a columnist for the UK magazine UFO Truth and co-editor of UFO Magazine.

Post Views: 100,355
Tags: According to Tim Burchett, the collision of a UFO with an aircraft is just a matter of time