The Tic Tac UFO encounter of 2004 is rightly considered to be a very important event. Unfortunately, too much of our public discourse relating to UFOs or UAP now only focuses on encounters from that point onward. 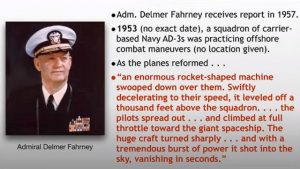 But very little of the incredible rich story of 20th century UFOs is ever discussed in mainstream/establishment venues.

Removing the history of UFOs is important for the military, as it enables them to continue to pretend that there’s no cover-up, no conspiracy. 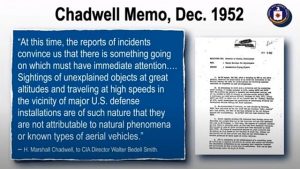 In fact, there is overwhelming evidence that the US military has been deeply engaged in the matter of UFOs for 80 years.

The above image of a UFO was just released this month (August 2022). The so-called Calvin image showing a 100ft UFO was kept secret and being withheld from the public for 30 years by the Ministry of Defence (MOD) before a retired RAF officer who secretly kept a copy of the photograph decided to release the infamous image.

Post Views: 100,240
Tags: The Military slowly removing the history of UFOs as it enables them to continue to pretend that there’s no cover-up