The issue remains the same after the Anunnaki left our planet owing to the nuclear devastation of Sumer and the birth of Babylon: what would happen if they returned?

Sitchin says in ‘The End of Days’ that they will undoubtedly return, and he bases his argument on the circularity of periods. In this sense, the Anunnaki will return at the dawn of a new age.

It is commonly known that our forefathers made contact with another race whose members, when asked about their origins, pointed to the sky. It’s reasonable to assume that they originated from a world comparable to ours, wherever they came from. 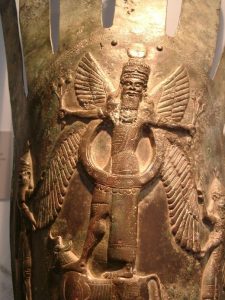 It seems reasonable to believe that other alien cultures would do the same thing that we do today in order to identify other planets that are comparable to ours.

If it turns out that Gods are extraterrestrials from a distant planet with comparable interests to ours, we might consider what we would do if we were in their shoes.