Julio Platner, a farmer and merchant from the small town of Winifreda, had a nightmare encounter after paying a normal visit to a friend’s land.

Julio Platner, 33 years old at the time, committed himself to the business of grain farming, as did the majority of the citizens of this little town. It was a humble man with few words who only read the news on rare occasions. 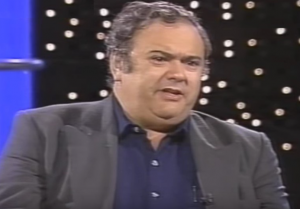 Julio Platner paid a visit to Antonio Fisher’s estate, around 10 kilometers from Winifreda, in the afternoon of August 9, 1983, in connection with a cereal transaction he had made.

They had a pleasant conversation that lasted longer than expected, and Platner decided to return home at 7:30 p.m. Fisher took him to his vehicle, where he had parked it, and before leaving, he instructed Platner to make sure the gate was locked to keep the horses from leaving the estate.

While walking towards the estate’s entrance, Platner noticed a reflection in the woods, which he disregarded.

When he stepped out of his truck to secure the gate, he noticed a brilliant light mass lunging at him, which seemed to be a welding light and made a turbine-like sound. He tried to cover his face with his right arm instinctively, but he passed out.

When he regained consciousness, he found himself on a stretcher or a chair similar to those used by dentists, surrounded by four entities who were keeping a careful eye on him.

He saw that the space was large and spherical, with no obvious edges, and that the walls appeared to be cushioned since he detected parcels in specific areas. Although the area was beautifully illuminated, Platner was unable to locate any conventional light sources.

To his right, he noticed a window that stood out for its brightness in comparison to the rest of the scene, which was more opaque and lacking in detail. Platner estimates that he spent roughly 5 minutes in that room. The chair, for example, should be shown.

The creatures accompanying him had a humanoid shape and stood between 1.60 and 1.70 meters tall. They were two in front of Platner and two on either side and somewhat behind him.

Platner recognized one of the beings as a woman because it had breasts. With her left hand, she was grasping Platner’s right shoulder. These beings’ eyes were huge, spherical, fixed, and had no eyelids; instead of being sunk into a hollow, they protruded from the face, and Platner said that in the center of each eye, another eye sat on top of the other. The lips were thin, like human lips, and the nose was flat with two little holes.

They moved slowly and smoothly, giving Platner the impression that they were sliding rather than walking. The outfits were characterized by Platner as a single garment that was fitted to the body in a gray-green tint and appeared to be merged to the skin without seams or borders.

When Platner tried to speak, he couldn’t produce a sound and couldn’t hear what the entities were saying when their lips moved.

He said the female creature told him telepathically that he could tell others what was going on, but warned him that not everyone would believe him. Then he received a second message urging him to relax.

Platner recalls utter quiet, a comfortable temperature, and the inability to feel the touch on his right shoulder. He tried to rise up at one point, but his head collided with something he couldn’t see.

What I’d never seen before was a rather circular structure covered with wall coverings. It was bright as day, but I couldn’t determine where the light was coming from since there was none — no bulb, no light, no source. It was bright, extremely bright, and there was an awful sense of peace about it. It nearly made you want to live there for the rest of your days.”

He does not recall being struck, but instead recalls feeling immobilized. He noticed that they had removed his jacket and sweater, that he still had his watch on his wrist and his shirt on, but that his left arm’s sleeve was bandaged.

The female entity placed her left hand on his right shoulder, while the other creatures placed a transparent tube about 20 centimeters long with a flexible end terminating in a spherical on his left wrist. The item on the surface of one being’s left arm was then moved and stopped at the cubital fossa.

According to Platner, when the tube was halfway full with blood, it rose in a swirl. He was asked to get up after the extraction, which made Platner uneasy. The entities immediately vanished is the last thing he remembers.

The beginning of the awakening.

Inside his truck, Platner regained consciousness. It had been around 45 minutes since the flash of light had hit him. He was seated behind the wheel, his hands on the steering wheel, and he recalled:

“I didn’t feel like I was missing anything. I was completely dressed again, with my watch in my hand. I even had the jacket half-closed as previously, which drew my notice since the bottom zipper had a fault and was difficult to move.

“The key was present, but the engine had been switched off, as had the headlights, which had been turned on earlier.” “The automobile started easily.”

He recognized the area right away and understood he was on a gravel road approximately 17 kilometers from Fisher’s estate gate. He then recalled that Fisher had ordered him to close the gate, so he went back to the location to do so.

After he walked out to close the gate, Platner became conscious of the weird experience he had experienced. He saw markings on his left arm where blood was streaming as he stood in front of the truck’s headlights.

Platner got into his vehicle and drove to Winifreda, where he works. He arrived at Nervi S.A. at 8:30 p.m., but did not inform his coworkers about what had transpired. He stayed till 9:00 p.m. before returning home.

Because his wife insisted on knowing what had transpired, Platner informed her what had happened. She urged him to see Adolfo Pizarro, the family doctor, the next day.

Dr. Pizarro studied the markings and determined that the wrist damage appeared to be minor. The mark in the cubital fossa was a puncture in a vein, similar to those used for blood extraction.

The puncture did not appear to have been caused by a conventional syringe, according to the doctor, because there were multiple tiny holes visible and no indication of a hematoma on the surface. 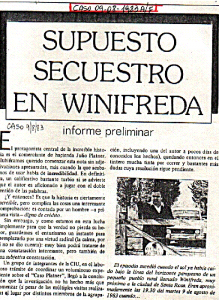 The tale is told in newspapers.

“I was astonished by what appeared to be smaller holes than those generated by a needle, no matter how thin the gauge,” Dr. Adolfo Pizarro said. It was caused by something unusual, as if something had been sucked without the introduction of anything stiff or metallic.

“I had the feeling that was the case. There was no blood spilling; that is to say, when a blood draw is done poorly, when a vein is ruptured erroneously, some remarkable hematomas are left behind. That does not appear to be the case. Let us state that this confirms that the vein was opened. This mark, not the other, should be left by a correctly performed blood draw.

“The other, according to Julio, might have been a botched blood extraction effort. It is entirely acceptable among us to have to locate a vein twice in an obese individual. It’s odd, though, that these folks would have to look find the vein. The difficulty in reaching the veins occurs in this fat man. It’s possible that two things happened. They didn’t only draw blood, I believe.

“I noted that he was quite confident in himself, perhaps a little eager, but he struck me as being honest, as if he’d had a true experience.” It had all the characteristics of a real, factual incident.”

Julio Platner is still a resident in Winifreda, where the incident occurred. Platner is married to Maria Eva Schreiber, and the couple has three children: Ariel, Miguel, and Diego, as well as Fiama, Felipe, Camila, and Martin.

“I have no difficulty telling my tale to everyone who wants to hear it, and I don’t care if they believe me or not.”

“I wanted to talk to them, find out who they were and what they wanted, but I noticed that when I thought about it, I got almost fast responses.”

“They advised me to stay cool, that what was happening to him was something that happened all around the world.” My life remained same; I continued to work and do my thing.

“Are you aware?” I believe there are civilizations far more evolved than ours that are watching, looking at, and studying us, and that they will one day come to the world. No, I’m not going to wait for that.

“Sometimes people ask me if I am the man from that UFO case, but that’s all they want to know; other times, UFO academics contact me and ask for my testimony.”