NASA, he claims, is concealing a mystery structure. Scott Waring, a UFO researcher, continues to look for extraterrestrial life in images of celestial bodies’ surfaces.

He discovered a “new astonishing find,” according to the Daily Star, on the surface of Mars, where he believes an extraterrestrial facility has been hidden for a long time and stretches for 25 kilometers.

“On Mars, I discovered a 25-kilometer base. According to the ruler on the map, the distance is 25 kilometers. It is situated near the Sulci Gordii hills. “NASA doesn’t want people to know,” Waring said on his Twitter account. 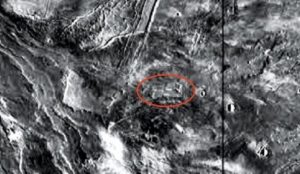 He claims to have combed through tens of thousands of photographs and over three to four dozen indexes he “had no idea existed.”

Scott notes that he can see other, less complex buildings that have all been blurred out, leaving just one.

“I think the person editing this shot, this specific photo, intentionally missed it since there are less intricate buildings all around it that are blurred out,” he stated.

This isn’t the first time Waring has reportedly discovered an extraterrestrial facility outside of Earth. A UFO seeker had previously “discovered” similar things on the Moon, and he had also “discovered” a spacecraft there not long before.

Post Views: 100,312
Tags: This UFO Expert Spotted A Huge Alien Base On Mars