For many individuals, the genesis of humanity has always been a source of fascination. Scientists believe that life has evolved in seas for millions of years and that humans are just the consequence of that evolution. Ancient astronaut theories, on the other hand, have a different take on humanity’s beginnings. They believe that in the distant past, ancient gods (Annunaki) came to Earth and created humanity. Despite the fact that this hypothesis has been debunked for a long time, numerous ancient scriptures affirm their coming from heaven.

Author Zecharia Sitchin used to argue that ancient astronauts, an extraterrestrial race, had intervened in human genetics. He claimed that the Annunaki were an alien race that came to Earth in search of riches from Nibiru, a legendary planet beyond Neptune. 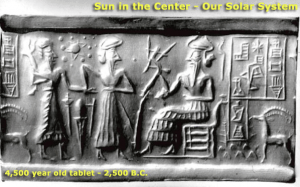 According to Sitchin, the Annunaki altered the DNA of primitive humans 450,000 years ago by mixing their genes with theirs and putting them to work harvesting Earth’s natural riches like gold. Nibiru, he stated, has a lengthy elliptical orbit and passes close to Earth every 3,600 years. He further claimed that the planet was home to highly superior human-like beings that stood taller than humans. They were drawn to Southeast Africa’s gold riches around 450,000 years ago.

Sitchin authored over 13 books, which have sold millions of copies around the world. His works have been published in 25 different languages. Scientists, historians, and archaeologists referred to him as “silly” because of his alternate viewpoint on ancient history, gods, and civilization. Despite this, he was able to continue his investigation. 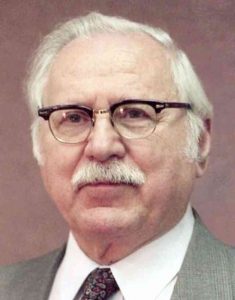 Aside from Sitchin, there is a lot of evidence in ancient books from various cultures about gods who arrived from the sky. Additionally, legends concerning visitation from the Stars exist among the Anasazi, Hopi, and Dogon peoples, among others.

When these intergalactic invaders arrived on Earth, he claimed, they encountered primitive men. Enki, the Annunaki deity of wisdom, intervened in these bipeds’ genes, genetically tweaked their DNA, and forced them to work as miners.

The gods’ cities were wiped out by the great flood 30,000 years ago, prompting them to pass on their knowledge to humanity. The Annunaki gods, according to Sitchin, returned to their home in a spaceship around 2569 years ago (550 B.C.). 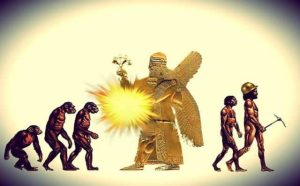 The tale of El Dorado is frequently linked to gold ceremonies done by Muisca people near Columbia’s Lake Guatavita. According to folklore, the Muisca people dumped a large amount of gold at the lake. This holy spot continues to draw gold prospectors. Researchers believe that proof of extraterrestrial life that came to Earth in pursuit of gold can be found at the lake’s bottom.

What was the purpose of the gold for those aliens? Aliens may have utilized gold to bounce sun rays from their atmosphere and save the planet, according to ancient extraterrestrial theorists. Gold is a vital component in space exploration and astronomy.

“Gold is an inert material; it doesn’t react with anything,” said Derrick Pitts, Chief Astronomer and Planetarium Director at the Franklin Institute in Philadelphia. It’s a fantastic electrical conductor… and a fantastic infrared reflector. Gold blankets can be used to shield spaceships from the extreme heat of a star or any other heat source.”

At the sun temple in Qorikancha, Cusco, Peru, there existed a gigantic golden sun disc. “A symbol of a gold-plated UFO that had arrived in front of the Inca monarch Atahualpa, famed for having direct communication with the sky gods,” according to some academics.

Other beliefs speculated that the Giza pyramids were actually ancient reactors that aliens used to manufacture gold.

The statement that gold is indestructible is correct. It tells us about the solar system’s past as well as its future. We have gold from ancient civilizations that was once molted. Whether or not ancient aliens visited Earth, it calls into question our entire worldview.