The Aurora Sky Station, a webcam that broadcasts stunning views of the Boreal Aurora that may be viewed in the city of Abisko, Sweden, caught the images you’re about to see. 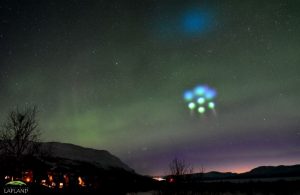 The chances of seeing this arctic light extravaganza are 95 percent in the northern portion of Sweden.

Locals and visitors alike marvel at how the sky brilliantly cycles between thousands of lights throughout the long arctic nights. 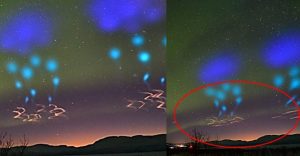 What happened on April 5th, though, is something that few people will ever forget. Approximately 10 orbs of light appeared in the sky, according to eyewitness accounts. On her official Twitter account, photographer Mia Stalnacke has shared the first shot from the occasion. This occurrence began at 12:19 a.m. and concluded at 1:04 a.m. As you can see, the sky was inhabited by unexplained and glowing objects for about 45 minutes — which indicates it lasted quite a while.