There have been several reports of extraterrestrials / alien creatures curing ill humans over the years. Many of these tales are difficult to believe, but there is a handful that makes one doubt the claim’s veracity.

While visiting Pensacola, Florida on August 7, 1989, real estate salesperson Katharina Wilson of Portland, Oregon was hurt by a nearby lightning strike. She was aware that the strike had harmed her, but she opted to wait until morning in the hopes that her condition would improve.

Katharina was abducted by a UFO that night. She awoke on a table, suffering from agonizing chest pains. Gray-type aliens sliced a square into Katharina’s chest and connected a black device with multiple extensions to the hole in her chest while she observed from a detached condition.

“We are healing your heart,” the aliens telepathically assured her when the pain grew unbearable. You’ll be well now.”

Katharina awoke the next morning with a hurting chest but was generally OK. “The first thing I did when I got out of bed was a search for a square cut into my chest,” she adds. I couldn’t find anything. There was no blood on my bedding, and I had no scar. 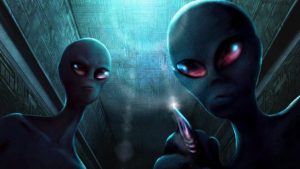 “My chest hurt all day, but it wasn’t as bad as I thought it to be after such a major procedure.”

“I think the equipment they put over my head was re-aligning the electrical impulses in my heart, which had been messed up by the lightning… I got the impression that the aliens were healing the damage done to my heart by the high voltage of the lightning.”

Katharina claims that she has been subjected to a slew of procedures at the hands of extraterrestrials. “They have performed surgery on me many, many times!” she adds.

What might the aliens be doing to me that necessitates so much surgery? It wasn’t the first time I felt like I was a participant in a massive experiment.”

Bite of the Gator

Deputy Goode had sustained an unpleasant, but minor injury. His son’s pet baby alligator had bitten him on the left index finger. The finger was swollen and red.

Chief Deputy McCoy was suddenly startled to see weird lights emerging from the right side of the road. He pulled the patrol cruiser off the road and showed Deputy Goode the lights. The lights were visible to Goode as well. The lights began to advance towards the policemen at this time.

They couldn’t see any detail until the lights got close enough. As the thing got closer, it shined a beam of light down on the policemen. “The brilliant light lighted up the inside of the automobile,” McCoy recounts.

When the beam impacted, Goode’s left arm was dangling outside the window with his damaged finger. “I could feel the heat from the light,” Goode adds. “We were able to get out of there.”

Goode observed that his finger was no longer throbbing with agony shortly after they left the location. “I immediately realized it wasn’t irritating me,” he adds, “and I peeled off the bandage.” You couldn’t even tell I’d been bitten.”

“The edema had vanished and the finger looked a lot better,” McCoy confirmed Goode’s story. 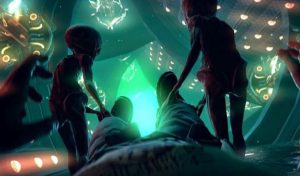 An ecstatic Berlin mother-to-be claims that aliens brought her on board a spaceship and healed her of leukemia!

Greta Brandt, who was 34 at the time, recalls, “They saved my life and the life of my kid.”

“My own physicians told me that we were doomed and that there was nothing they could do to save us.”

“However, those odd individuals understood exactly what they were doing. To treat me of deadly leukemia, they utilized a variety of odd lights and devices.”

The woman’s obstetrician, Dr. Frans Wenderoth, verified that she had leukemia, but she amazingly no longer exhibits any indications of the deadly condition.

“Something amazing must have happened to give her this treatment,” the doctor said, refusing to discuss her supposed meeting with extraterrestrials.

Mrs. Brandt claims she was kidnapped by four extraterrestrials who put her to a series of horrific yet painless medical operations before releasing her. She was not damaged in any way.

Mrs. Brandt explained, “I found out I was pregnant and had leukemia on the same day in December.”

“In reality, as I was getting into my car, two males with long pointed noses and ears approached me, and I was going to commit myself.”

“They peered at me with piercing black eyes and encouraged me to follow as I turned toward them.

“I tried but failed to resist. They appeared to have an odd hold on me that I couldn’t shake.” 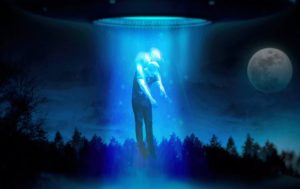 She followed the visitors into a deserted lot a few miles away from her house. She has then carried onboard a saucer-shaped UFO with a “pulsating bluish tint, roughly the size of a school bus.”

The aliens led her into a dark circular area, where she was bound down and placed on a cushioned table.

“One of them drew a gigantic instrument and light from the ceiling and aimed it directly at my face.

“I wasn’t in any discomfort, but the men were so terrified that I passed out.”

Mrs. Brandt was surprised to find herself seated in her own backyard when she awoke!

It had been five hours. Newspapers stated that the only sign of anything having occurred to her was a minuscule needle mark on her right temple.

Mrs. Brandt added, “Whoever or whatever those men were, I want to thank them from the bottom of my heart.”