UFO sightings have grown widely in recent years. As a result, different country governments have taken steps to further study this topic.

First, the US government released a report about a meeting between US military personnel with unidentifiable objects. The British Ministry of Defense has now decided to investigate what’s still going on. The existence of UFOs was mostly reported by “trustworthy” people, according to the agency. 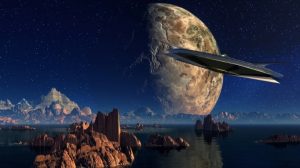 Air traffic control professionals, pilots, and police officers, in particular, are often eyewitnesses to strange flying objects, according to Ministry of Defense spokespeople. And these are people who work in professions where minor occurrences are not reported.

Furthermore, the bureau claims that the number of reports of UFOs has lately grown dramatically.

Hundreds of complaints of unusual behavior in the skies have been reported in recent years. As a result, these signals should not be overlooked.

Nick Pope, the United Kingdom’s premier UFO specialist, has been researching the matter for numerous years and believes that Britain should not ignore what is going on. The government must resume its hunt for proof that extraterrestrials are orbiting our planet.