In case you didn’t know, Carl Sagan, the creator of Cosmos, was a fervent believer in the possibility of life originating on other worlds. He was convinced that he’d find plenty of evidence to back this up on Titan, which was one of our galaxy’s most livable planets for a reason.

Titan is a huge Saturn moon with just a thin enough atmosphere to support life. This is why he started with an experiment on Earth that required mimicking Titan’s own atmospheric conditions. Carl Sagan was able to get biological material that confirmed his theory in this way. He was overjoyed with the Cassini probe’s 2004 journey to Titan, but he died before seeing the findings. Fortunately, the findings were inconclusive, so it’s probably for the best that Carl didn’t get to finish the mission.

A fresh series of discoveries in his name, however, has just caught the world by storm. 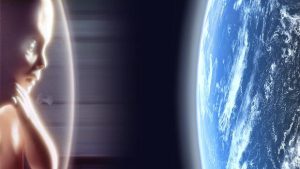 The Philae probe was slated to journey to Comet 67P / Churiumov – Gerasimenko during the famous Rosetta mission, which spanned from 2004 to 2014, in order to explore the comet’s surface and see what discoveries may be found.

Glycine, the fundamental building component of nucleic acids like DNA, was found inside it, much to everyone’s amazement. 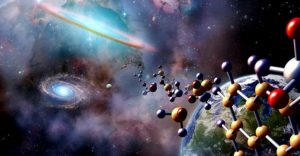 This is compelling evidence that life may travel from one part of the galaxy to another through comets and meteorites.

As a consequence, it was thought that one of these comets may have brought life to Earth in ancient times. This would also make us aliens, and it would explain how we ended here on Earth in the first place.