Humanity’s past is convoluted and ambiguous. Even if it is inscribed in stone rather than recorded in books, most scientists strongly reject the existence of ancient highly sophisticated civilizations in Earth’s distant past. Data gathered through time, on the other hand, shows indisputably that life on Earth has begun and ended multiple times.

Most people would argue that the first time a nuclear weapon was used in a battle was on August 6, 1945, when the US bomber Enola Gay dropped the atomic bomb on Hiroshima. 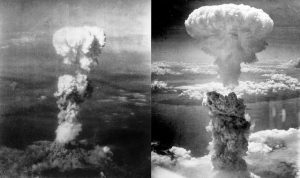 The Mahabharata is one of ancient India’s most prominent tales; it includes various episodes of mysterious people who advanced to a high level of scientific achievement; the other epic is the Ramayana. It is organized into 18 divisions or books and has 100,000 verses. 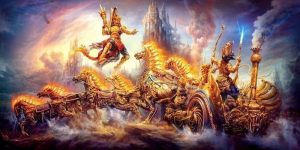 There is a definite reference to at least one nuclear explosion that happened around 12,000 years ago across these historical sources!

The ancient city of Mohenjo Daro, which was constructed about 2,600 B.C. and abandoned 900 years later, has been identified by archaeologists. A nuclear explosion seems to have devastated several ancient landmarks on Earth, but Mohenjo Daro is the most interesting of them all.

Was Mohenjo Daro destroyed by a nuclear blast or by some other means?

Mohenjo Daro is a group of settlements related to the Harappa culture, also known as the Valley civilization, and is now situated in Pakistan.

Archaeologists determined that Mohenjo Daro was destroyed by a nuclear explosion. The city’s thick layers of clay and green glass have resulted in this. This green glass is created by atomic explosions.

Mohenjo Daro was exposed to temperatures above 1500 degrees Celsius and 2700 degrees Fahrenheit, according to test results. A catastrophic nuclear catastrophe is a sole explanation for the intense heat. 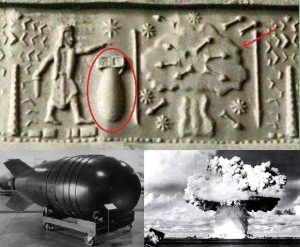 This astounding study, which is largely refuted by today’s world and scientific institutions, points to the presence of extraordinarily strong and advanced civilizations in the Earth’s ancient past. For more information on the topic, see the video below: