After performing research, scientists from the Institute of Integrative Biology and the Pontifical University concluded that “hibernation” would not enable mankind to carry out long-term space missions to discover new worlds. The Royal Society’s Proceedings published an article on it.

Some animal species fall into hibernation, which is a condition of low activity and metabolic depression. Hibernation is a kind of seasonal heterothermy marked by a low body temperature, sluggish breathing and heart rate, and a low metabolic rate. It is particularly frequent during the winter months. 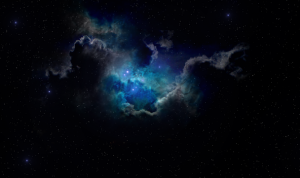 Space journeys for the colonization of distant planets may take up to a century and a half. People must utilize hibernation — the utmost slowing down of life processes – to carry out such initiatives.

Scientists wanted to see how much energy animals expend while they “hibernate.”

Everything, it turns out, is dependent on the animal’s size. Energy savings in humans likely to be negligible during hibernation. Astronauts who do not “hibernate” will be unable to go to other planets since they are unlikely to survive more than 120-150 years.

During “hibernation,” investigators discovered that a little opossum saves 76 percent of its energy. This number is – 124 percent for bears weighing 200 kg.

Scientists believe that a human will not be able to preserve enough energy during hibernation to be able to fly for an extended amount of time.

It will be important to seek out other methods of deep space travel.