The advent of agriculture, which goes back around 10,000 years, is one of the main milestones that distinguishes modern civilization from earlier hunter-gatherer tribes.

It all began with the domestication of diverse animals – for milk and meat – and the cultivation of wild flora.

Agriculture’s fundamental benefit is that it can feed a far bigger population than hunting and gathering could. As a result, cities arose, as did the exchange of natural resources, ideas, and technologies.

Agriculture’s growth has had a significant influence on the planet as a whole. Its effects may be seen in the way fields are laid out, as well as how light reflects off photosynthetic plants and the chemicals they emit into the atmosphere.

This “atmospheric signature” should be detectable from space, according to a group of astronomers and astrobiologists, and a similar signal may be created by aliens on another planet.

“When seeking for technosignatures, the spectral signature of extraterrestrial agriculture warrants consideration,” stated Jacob Haqq-Misra of the Blue Marble Space Institute in Seattle and his colleagues. 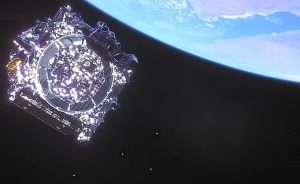 Scientists are looking into what such a signal may look like and how simple it would be to detect using today’s space observatories, such as the James Webb Space Telescope.

The use of fertilizers to boost production is an essential aspect of agriculture. This improves plants’ access to nitrogen, a vital component of life. The Earth’s atmosphere is made up of 78 percent nitrogen in the form of N2 (inert gas).

However, since N2 is coupled by a relatively solid triple bond, it is difficult to transform it into a plant-friendly form. From lightning strikes to microorganisms in manure, nitrogen is naturally broken down in a number of ways.

However, as the world’s population grew, particularly following the Industrial Revolution, the need for nitrogen fertilizer skyrocketed. As a result, artificial fertilizers were developed, as well as a worldwide industry devoted to manipulating the nitrogen cycle via the creation of ammonia.

This enables the synthesis of massive volumes of ammonia, some of which is released into the atmosphere for brief periods of time, since ammonia sinks to the ground after a few days. As a consequence, visible ammonia levels in the atmosphere must be the product of continuing agricultural activities.

While ammonia in the environment is short-lived, its usage as a fertilizer creates nitrous oxide (N2O), a greenhouse gas that may last for over a century in the atmosphere.

During combustion, nitrogen oxides are also produced. Scientists are optimistic, however, that other civilizations will discover, as we have, that combustion is unsustainable and will progressively forsake it. Thus, the signature of nitrogen oxides is more likely to suggest agricultural activities in the long run. 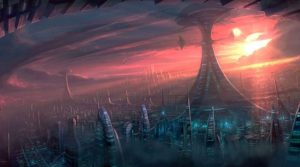 Agriculture is also the world’s leading source of atmospheric methane. According to the experts, CH4 is another component to check for.

“Since the signal of such an exo-farm can only arise on a planet that already supports photosynthesis, such a world would have to exhibit spectral signatures related to H2O, O2, and CO2,” Hakk-Misra and his colleagues said.

With the aid of modern observatories, it may be feasible to detect this signal on distant worlds. The James Webb Space Telescope, which is presently being built, should be able to detect ammonia at levels of five parts per million in the atmosphere of a hydrogen-rich planet circling a nearby red dwarf, according to the researchers. Ammonia levels on Earth are now at 10 parts per billion.

Astrophysicists are excited to look for nitrogen signatures because of this. Following the finding of photosynthetic fingerprints, the search for this signal is anticipated to be the next step. And if we locate it, we will know for certain that we are not alone in the Universe.