NASA is trying to conceal the existence of this 3-5 mile-long UFO by saying that it is the result of a meteor colliding with the water this week over the Bering Sea, causing an explosion.

They couldn’t conceive of a more compelling cause for this gigantic UFO to be flying over the sea.

As reported by Yahoo News:

“The blast would discharge roughly 173 kilotons of energy, more than 10 times that of the atomic bomb dropped over Hiroshima during World War II.” It indicates that we should see a 30-60 mile radius explosion, but we don’t. There doesn’t seem to be any kind of explosion! It looks to be a three-mile-long unidentified flying object. 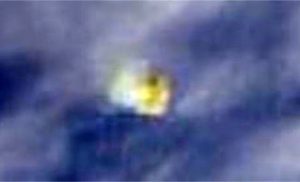 They made up the explanation that it was a meteor since the enormous UFO was seen on global radars and weather satellites.

Isn’t it true that a meteor moving at such a high speed through the atmosphere would leave a heat trail behind it? 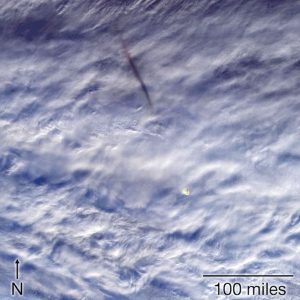 I’m sure the instruments will go nuts and malfunction till we leave the area if we send ships there to investigate.

Post Views: 100,467
Tags: NASA Tries To HIDE a Giant 3-MILE UFO By Calling It a Meteor - It Was Spotted Over Bering Sea