There is no doubt that the Samoyedic ethnic group known as “Nenets,” who live in tents, occupied the Arctic region thousands of years ago. However, there is a tradition that before the arrival of the Nenets, a mysterious race is known as “Sikhirtya” or “Sihirtia” or “Sirtia” existed.

Sihirtians had pale blue eyes, blonde hair, and were quite little, according to Nenets tradition. They used to dwell underground in the bright sunlight and only came out in the dark or mist to hunt for prey, utilizing dogs and mammoths instead of deers for transportation. Sihirtians were gifted with supernatural skills and were skilled in blacksmithing, fishing, and hunting. 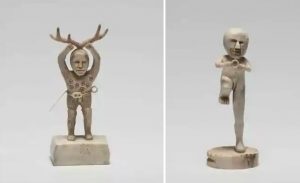 It is thought that Sihirtians were not indigenous to the region; they arrived thousands of years ago from across the sea in Yamal and eventually disseminated their culture across the peninsula. In comparison to Nenets, they were highly skilled. Sihirtians did not dwell in tents like the Nenets, but rather in dugouts with a top entrance. According to the Nenets, the Sihirtians possessed underground storage facilities with stringent protection at the entrance. 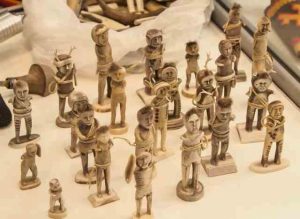 At initially, there was a little cultural or personal conflict between the Nenets and the Sihirtians, but as the Nenets’ deer herd grew, they needed more grassy territory to feed them. Sihirtians may have been competent, but they lacked fighting skills, forcing them to abandon their clay homes and graze their mammoths in dungeons. 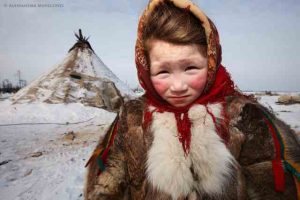 Siberian people are known as the Nenets.

A grave of a young child was discovered in 2017 during an archeology excursion in the Tazovsky peninsula; he died between the ages of three and seven in the late 15th or early 16th century. A team of researchers led by Alexander Tkachev of Tyumen State University’s Museum of Archaeology and Ethnography discovered an ‘elite’ headdress decorated with bronze ornaments and iron rings on his grave after excavating it. Experts were able to confirm that the grave belonged to the indigenous Sihirtian people thanks to this evidence.

“We assumed the cemetery was virtually empty when we delved down, but then we discovered two knives, which astonished us. We were stunned when we saw the pieces of fur and woolen stuff, as well as the ornaments, and realized it was impressive headwear,” Tkachev remarked. 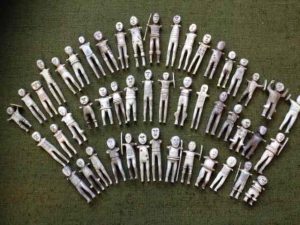 Archaeologists have uncovered 4000-year-old bronze-age sites in the Arctic region. Metal pendants, carved tools, and ancient pottery from the non-Samoyed race were discovered. In his “Voyage des pais septentrionaux,” published in 1671, French explorer Pierre-Martin de la Martinierre identified Nenets as sorcerers. Furthermore, during his journey from Copenhagen to the Russian shore, he encountered enigmatic short people dressed in polar bear white fur and living in dwellings made of fishbones and moss.

A story of two sisters seeing an exceedingly small man with white hair drifting towards them on a fog-like cloud who could talk with fish is told in numerous Nenets’ legends. In another story, when a family came to a halt to rest their reindeer, they noticed a lovely little girl sleeping on the grass in a gleaming silver button dress.

According to legend, the people of Sikhirtya retreated underground, where they resided and are most likely still resting. Others claim that some Sihirtians intermarried with the Nenets, while others fled or died. 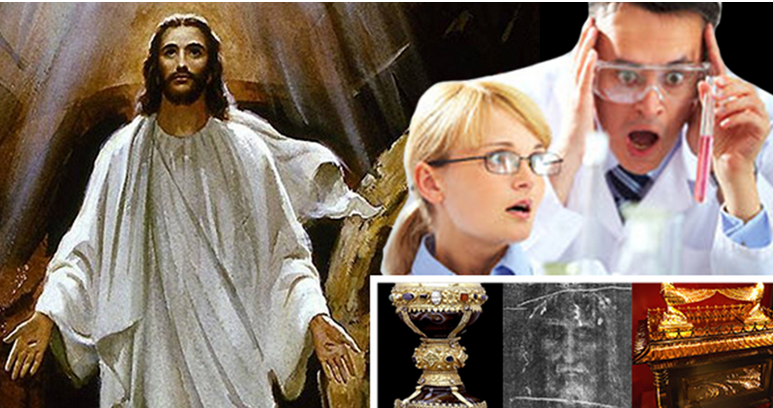