The theory that the human race was formed by Ancient Aliens has inspired numerous writers and scholars for decades. While conventional science dismisses the ancient extraterrestrial notion, innumerable pieces of evidence have been discovered throughout the world that supports it.

The most fundamental link between the emergence of civilization and extraterrestrial aliens may be discovered in history, recorded thousands of years ago in ancient manuscripts and clay tablets. 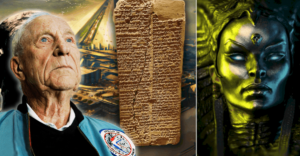 The Ancient Sumerian King List, for example, depicts monarchs who “descended from heaven” to reign over Earth for a total of 241,200 years from the inaugural monarchy. This remarkable writing was discovered on a 4,000-year-old clay tablet by German-American researcher Hermann Hilprecht around the turn of the twentieth century. At least 18 similar cuneiform tablets were discovered by Hilprecht (c. 2017-1794 BCE).

They were not identical, but they shared material thought to have come from a single Sumerian historical source. The Sumerian King List has been recovered in more than a dozen copies in Babylon, Susa, and Assyria, as well as the Royal Library of Nineveh from the 7th century BC.

Unfortunately, orthodox researchers have refused to accept that anything written down on the Sumerian King list is true, claiming that the list is a combination of prehistorical and legendary narratives describing Gods who reigned over the area for improbably long periods of time. 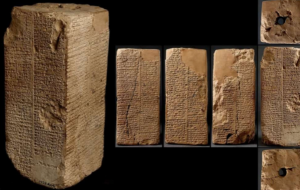 Looking at other ancient civilizations, such as Mesoamerican, we can see how the ancient Maya’s holy text, the Popol Vuh, depicts the creatures that created humanity.

“The Popol Vuh, meaning ‘Book of the Community,’ relates the Maya creation narrative, the legends of the Hero Twins, and the K’iche’ genealogy and land rights,” according to Living Maya Time. The Creators, Heart of Sky, and six other deities, including the Feathered Serpent, desired to create human beings with hearts and brains capable of “keeping the days” in this myth. Their first efforts, however, were unsuccessful.

They were pleased when they eventually built people out of yellow and white maize who could communicate. The Death Lords of the Underworld calls the Hero Twins to play a historic ball game in which the Twins overcome their opponents in another epic cycle of the narrative. The Sun and the Moon were created as the Twins soared into the skies. The Hero Twins paved the way for maize to be planted, for humans to exist on Earth, and for the Maya’s Fourth Creation via their activities.” 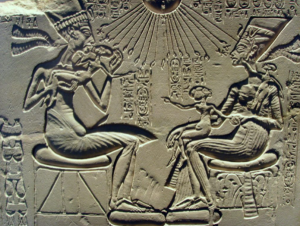 While the aforementioned ancient writings are remarkable, maybe even more so are the innumerable artifacts discovered all over the world showing creatures who seem startlingly similar to modern-day astronauts.

While we’re on the subject of astronauts, Al Worden, a former astronaut and part of the Apollo 15 mission, had some intriguing things to say regarding extraterrestrial life in an interview with Good Morning Britain. Al Worden was an astronaut and engineer from the United States who served as the Command Module Pilot on the Apollo 15 lunar mission in 1971.

He is one of just 24 persons on the planet who has flown to the Moon. During his time alone in the Command Module Endeavour, the former astronaut was also featured in the Guinness Book of World Records as the “Most Isolated Human Being.” Humans, he claimed, are the progeny of ancient aliens. When a presenter on the British TV program “Good Morning Britain” questioned why spend so much money on space missions when there are so many issues on Earth, he provided a startling answer. He was asked whether he thought aliens existed. Everyone watching the interview was presumably taken aback by the response.

Not only were aliens real, but they had come to Earth in the distant past and established our civilization, according to the former Apollo 15 member, and all we had to do to find proof was look at old Sumerian literature.

“We are aliens, but we mistakenly believe they are someone else.” However, we are the ones who came from some place else because someone else had to live, and they boarded a little spaceship and flew here landing, and establishing civilization. If you don’t believe me, buy some Ancient Sumerians literature and read what they had to say. Worden continued, “They’ll tell you right upfront.” On March 18, 2020, he passed away.

He was a fervent believer in the ancient Sumerian texts, according to his own words. They show that humans and gods formerly coexisted, with humans serving as gods’ slaves and each Sumerian city guarded by its own deity. A tablet discovered in Nippur, an ancient Sumerian city in Mesopotamia, in 1893 contains the first mention of a Sumerian creation story.

Earth was controlled by human-like gods in the beginning, according to the cuneiform tablets. When they came on Earth, they toiled the soil and mined the minerals to make it livable. Furthermore, the poem alluded to a conflict between the gods and their slaves.

It is said that before humans, the Anunnaki (a group of ancient Sumerian, Akkadian, Assyrian, and Babylonian gods) used the Igigi (sometimes also spelled “Igigu”), the young generation of Ancient Astronaut Gods, as their servants to mine gold on Earth, but that they were later replaced by humans when the Annunaki rebelled. Heaven is split into three domes for the ancient Mesopotamians.

The stars lived in the lowest dome of heaven, while the Igigi, the younger gods, lived in the middle dome. A deity of the sky was personified as the tallest and outermost dome of heaven. Dr. Ellis Silver, author of the book “Humans are not from Earth: a scientific review of the evidence,” agrees with Al Worden and believes that aliens began life on Earth thousands of years ago.

Humans should have been the most powerful race in the cosmos, according to him, but the mortal body failed to survive in the Earth’s climate, and it is easily injured by sunshine, natural catastrophes, and illnesses. “Mankind is considered the most advanced species on the planet, but it is strangely unsuitable and ill-equipped for Earth’s environment: sun-damaged skin, a strong disdain for naturally occurring foods, insanely high rates of chronic sickness, and more,” he stated.

Dr. Ellis came to the conclusion that humans did not originate from that strain of life, but rather developed somewhere else and was transferred to Earth (as fully grown Homo sapiens) between 60,000 and 200,000 years ago.