Quantum physics is now utilized in almost every aspect of social life, from computers to communication, ushering in a new age of technology.

It’s legitimate to question whether we should be on the lookout for quantum transmissions from extraterrestrial intelligence.

The primary goal of the Chinese satellite is to test the resiliency of quantum entanglement, a peculiar property of quantum systems that allows for quantum computing and communication utilizing light as the carrier of quantum information.

This first quantum satellite will also look at a revolutionary data transmission mechanism based on quantum information contained in photon characteristics, as well as high-security data encryption.

The quantum communication revolution might be critical in transmitting data across large distances and, as a consequence, communicating with intelligent species outside our galaxy.

Is quantum communication based on light the solution to our decades-long search for extraterrestrial intelligence signals (ETI)? 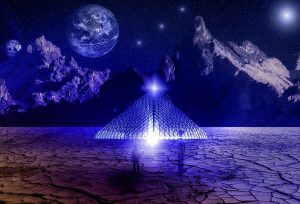 Quantum communication, according to new research, may be the fundamental mode of information transfer in the universe, as bizarre as it may seem given our present technology for exploring physical reality.

Light flowing through deformed spacetime near spinning black holes, according to the article, is restricted in its ability to encode and process quantum information in the same manner that information is processed in our lab quantum computers.

When photons in light beams ultimately escape the black hole’s collision, they are endowed with simple quantum codes that humans may decipher and evaluate the information they contain.

The search is on for extraterrestrial quantum messages.

The capability to identify and measure quantum data contained in light already exists.

As a consequence, a growing number of academic institutions and businesses across the globe are putting quantum technology to the test in all aspects of its application, from encoding quantum algorithms in photons to delivering quantum bits over large distances and storing quantum data.

Researchers are presently using laboratory equipment to analyze light collected from space by telescopes and discover the quantum information stored in each photon.

Furthermore, by pointing the telescope in the right direction in space, we may improve our chances of catching quantum signals, which is particularly important considering the recent discovery of Earth-like exoplanets by NASA.

Initially, we can only detect and quantify basic quantum states, or even maximally entangled Bell states, with a limited level of quantum entanglement. This is clear evidence that we aren’t alone. 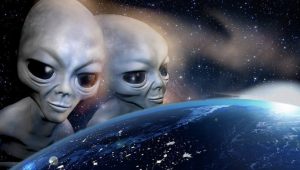 While detecting quantum information encoded in light is the first step toward quantum communication utilizing ETI, it does not address the problem of interpreting the substance of the message.

The quantum computer is required to decode the quantum message by arranging the observed quantum states in the proper order.

Quantum states of photons may be put together in the right sequence to yield an intelligible output using quantum computers’ massive processing capability.

The quest to construct a workable quantum computer is nearing completion, with the objective of getting the technology out of the lab and into production. In the not-too-distant future, quantum computing will become a part of our everyday life.

Even if the SETI software identifies an extraterrestrial signal, it is unlikely that it will be able to decode its contents immediately.

Another crucial component in the quest to quantum communicate with other intelligent forms of life in the universe is the ability to decode quantum messages. It should be necessary to use a quantum key.

The quantum key ensures the security of the communication and gives the receiver the skills they need to appropriately analyze the message’s content. Without the quantum key, we may not be able to accurately decode a hypothetical quantum communication sent by ETI.

Despite the absence of a quantum key, a distinctive element of quantum entanglement should be highlighted. As a consequence, measuring the quantum state of one photon in an entangled pair causes the state of the second photon in the pair to decay instantly.

To put it another way, the message’s sender will be intently watched when ETI first discovers and measures the quantum information contained in photons.

Our first quantum measurement acts as an “alarm button,” alerting the sender ETI that another technologically advanced civilisation is emerging in the universe.

We just need to measure the quantum information embedded in a single tiny photon to connect to the “global quantum internet.”