In his book Remote Viewers, released in 1997, Jim Schnabel narrated the story of the US intelligence community’s engagement in the contentious issue of psychic monitoring, which mostly started in the early-to-mid 1970s.

“…Alaska’s Mount Hayes, a jewel of a glacier range northeast of Anchorage, held one of the aliens’ biggest bases,” Schnabel added, pointing to the skills of Pat Price, a good remote-viewer with a UFO background.

The aliens that lived deep inside Mount Hayes, according to Pat Price, had a human-like appearance save for their heart, lungs, blood, and eyes. He went on to add that the aliens use “mind transfer for human motor control,” which sounded sinister. Price stated, “The area has also been responsible for strange behavior and malfunction of US and Soviet space objects.”

Despite the disputed nature of this story, we learn that reports of UFO activity in Alaska piqued the attention of the US military in the early years of the subject. Previously secret FBI data, for example, reveals incredible UFO encounters in Alaska between 1947 and 1950.

In August 1947, the FBI in Anchorage received an amazing account of a UFO encounter involving two serving military men. The report started, “This is to advise that two army officers reported to the Office of the Director of Intelligence Headquarters Alaskan Department, at Fort Richardson, Alaska, that they witnessed an object passing through the air at a tremendous rate of speed that could not be measured in miles per hour.”

According to the official report, only one of the two officers first saw the UFO, but he swiftly told his companion. “The object seemed to be spherical in shape, neither saucer-like or disk-like.” The item seemed to be two or three feet in diameter and left no vapor trail in the sky, according to the first officer. 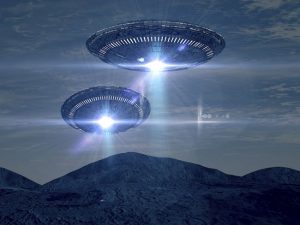 He made an initial attempt to measure the object’s altitude, determining that, whatever the mystery sphere’s nature, it was traveling at a height of more than ten thousand feet based on a comparison with cloud patterns in the area. It’s also worth mentioning that the UFO had to be much bigger than the first size estimate of “two or three feet” in order to be seen from such a distance.

The second officer gave almost similar evidence when questioned, with the distinction that he assessed the object to be roughly ten feet in diameter and compared it to “half the size of a full moon on an average night.” The difference in size was ascribed to the second officer’s view that the UFO was more likely to have been at a height of three to four thousand feet, rather than the ten thousand feet stated by his colleague.

The difference in judgment on the object’s altitude and size may or may not have been relevant; the important element was that both officers agreed that something unusual had been seen. “One of the strange characteristics of this report, according to the second officer, was that it was definitely flying against the wind,” the report read.

The FBI Office in Anchorage replied to Bureau Director J. Edgar Hoover soon after, “…we have been able to discover a flyer [who] observed some flying object near Bethel, Alaska in July 1947.”

“The pilot said that the sighting of the flying object near Bethel happened on a July day when the sky was perfectly free of clouds, and since it was early in the night, it was daylight the whole night,” according to the report to Hoover. When he noticed this flying thing, it was approximately 10 p.m., and the sun had just gone beyond the horizon. He was flying a DC-3 into Bethel Airport, and the weather was ideal for flying.”

As he neared the airfield, the pilot was shocked to discover an unidentified aircraft “the size of a C-54 without any fuselage” to his left, which seemed to be a “flying wing.”

Due to the peculiar shape of the object, the pilot was unable to determine whether it was heading towards or away from his aircraft, so he chose to do a 45-degree turn to scatter any possible collision. According to the FBI, the pilot was certain that the item had no external power source, such as a propeller-driven motor, and that it had no emissions as it passed past.

“On his radio, he called the Civil Aeronautics Administration station in Bethel, enquiring what aircraft were in the vicinity, and they had no reports of any aircraft,” according to the publication. The thing he saw was about five or ten miles away from the airport when he arrived, and [he] said that the trail did not pass directly across the airport. He couldn’t tell whether it was making any noise, so he calculated its speed to be 300 mph and stated it was flying at a thousand feet.

“It was on its way from Bethel to Nome in a northwesterly direction.” He didn’t detect any radio interference and couldn’t tell what color it was other than black. It had a defined form, didn’t blend in with the sky, and had a clear, compact outline. [He] had clearly noticed the object at this point.”

As the 1940s drew to an end and a new decade started, the FBI continued to receive and document high-quality UFO accounts on a regular basis. A remarkable series of sightings in Alaskan airspace over the course of two days in early 1950 was one of the more persuasive claims. 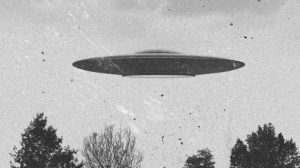 An official US Navy source provided the FBI with a secret three-page intelligence report, which paints a frightening picture of many UFO encounters involving the military. The title “Unexplained Phenomena in the Vicinity of Kodiak, Alaska” relates to “a report of sightings of unexplained aerial objects by different naval personnel on the 22nd and 23rd of January 1950,” according to the document.

According to the report’s author, “at 220240W January, Lt. Smith, USN, patrol aircraft commander of P2V3 No. 4 of Patrol Squadron One reported an anomalous radar contact 20 miles north of the Naval Air Station, Kodiak, Alaska.” When this incident occurred, Lt. Smith was flying the Kodiak Security Patrol.

“At 0243W, 8 minutes later, radar contact was made on an object 10 miles southeast of NAS Kodiak. When Lt. Smith asked the control tower whether there was any known traffic in the area, he was advised that there was none. During this time, the radar operator, Gaskey, ALC, USN, saw intermittent radar interference that he had never seen before. Contact was lost at this moment, while occasional interference continued.”

Smith and Gaskey were not the only ones who reported unidentified vehicles intruding into Alaskan airspace. At the time of the occurrences, the USS Tilbrook was moored at “buoy 19” in the adjoining manship canal. Morgan (unknown first name) was a sailor on watch aboard the Tilbrook.

Between 0200 and 0300 hours, Morgan saw a “very fast-moving red light, which seemed to be of exhaust origin, seemed to originate from the southeast, traveled clockwise in a broad circle in the direction of, and near, Kodiak, then back out in a roughly southeast direction.”

Morgan told one of his shipmates, Carver, about the strange sight, and the two waited while the UFO made a “return journey,” Morgan maybe not believing what he was seeing. “The item was in sight for an estimated 30 seconds,” Morgan and Carver said. The object was described as having the appearance of a one-foot-diameter ball of fire with no odor or sound.”

“At 220440W, Lt. Smith reported a visual sighting of an unidentified airborne object on the starboard bow at a range of 5 miles while doing standard Kodiak security patrol,” the report reads. This object looked to be traveling quickly on the radar sight. The trailing edge of the blip gave the image of a tail.”

Lieutenant Smith alerted the rest of the PV23 No. 24 crew to the UFO sighting, and they all looked in astonishment as the strange object flew above at a speed of almost 1,800 mph. Smith climbed to intercept the UFO and attempted to circle it in vain.

Due to the ship’s incredible speed and agility, Smith’s methods were clearly ineffective. Lieutenant Smith and his men, on the other hand, were caught off guard by what followed. 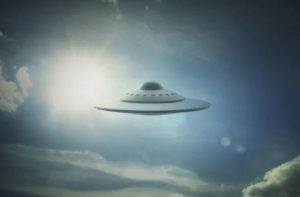 According to the official report, “the object then looked to be widening the range, and Smith sought to shut the range down.” The UFO was observed to extend up slightly before turning to the left and settling on Smith’s quarter. Smith saw this as a very dangerous move and turned off all of the aircraft’s lights. Four minutes later, the object departed in a southeasterly direction.”

At 0435 hours the following day, Lieutenants Barco and Causer of Patrol Squadron One were conducting the Kodiak Security Patrol when they, too, noticed an unidentified aircraft object. At the time of their meeting, the officers’ jet was roughly 62 miles south of Kodiak. For ten minutes, Barco and Causer, as well as the pilot, Captain Paulson, watched as the strange object twisted and swirled in the Alaskan sky. The reports are summarized as follows:

“1. It appeared to Lt. Smith and his colleagues as two orange lights circling a shared center, “like two jet jets doing slow rolls in close formation,” Lt. Smith said. It was capable of a wide variety of speeds.

2. To Morgan and Carver, it seemed to be a one-foot-diameter reddish-orange ball of fire moving at a high velocity.

3. A pulsating orange-yellow projectile-shaped flame with constant pulsation times of 3 to 5 seconds appeared to Causer, Barco, and Paulson. As the object’s range grew, the pulsations seemed to climb to on 7 or 8 seconds and off 7 to 8 seconds.”

The final statement on the encounters notes, “Given that no weather balloons were known to have been deployed within a reasonable time before the sightings, it seems that the object or objects were not balloons.” If the objects aren’t balloons, they must be regarded phenomena (perhaps meteorites), the nature of which our office is unable to identify.”

To put it another way, it’s logical to think that experienced military personnel at Kodiak, Alaska in January 1950 were confronted with very bizarre circumstances.

Is there any evidence that Pat Price’s idea that an alien base located deep beneath Alaska’s Mount Hayes is correct? No.

However, in light of the above, it’s feasible that Price’s claims should be investigated further. It’s just in case…