Many people think that underneath this 2,623-person village are miles of caverns that shelter thousands of humans and alien entities.

There are hidden bases all around the globe.

The Dulce Base Complex was developed as part of an ULTRA project to undertake black budget experiments.

The Armed Forces Special Weapons Project (AFSWP) envisioned a number of subsurface installations from 1947 through May 6, 1959. Construction of deep underground military bases started almost immediately after the Manhattan Project designated them to “store nuclear weapons.”

The underground buildings were usually built in the shape of mountain ranges. According to Global Security.org, these facilities are built “deep within.” This command has two recognized installations: Manzano Base in New Mexico and Killeen Base in Texas.

According to The Krill Report (1988), underground bases have been built all throughout the globe, primarily in the United States. One such base is Archuleta Mesa, located 2.5 miles northwest of Dulce, New Mexico.

Paul Bennewitz claims to have discovered Dulce Base, which is a kilometer underground under Archuleta Mesa on the Jicarilla Apache Indian Reservation in Dulce, New Mexico.

Due to cattle mutilations, this has been one of the hardest-hit areas in the United States since 1976. According to Bennewitz, this exhibit is operated jointly as part of a long-term US government-foreigner partnership program. 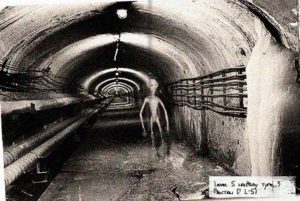 Although the Dulce stories vary in a few important ways, the theories have a lot of similarities. Here are a few examples:

1. The grays (thin aliens with a large, hairless heads, wide eyes, and no nose) perform experiments on animals and humans in the subterranean complex.

2. The United States of America’s federal government is putting new extraterrestrial technology to the test.

3. The technology was received in exchange for allowing the grays to perform the experiments.

4. During the late 1970s or early 1980s, there was an underground fight between humans and the grays. Who won is still a mystery.

The caves are also home to a reptilian race, which is a lesser-known part of the theory. The reptilians were formerly the grays’ adversaries, but they were defeated and are now subject to the grays.

Another hypothesis is that the reptilians are descendants of an old Earth species that was defeated by humans and has since lived in caverns, particularly in New Mexico and the Gobi Desert.

Dulce is connected to the Los Alamos National Laboratory, where the first American nuclear weapons were created and where a variety of cutting-edge technologies are now being researched, as well as Area 51 in Nevada, Carlsbad Caverns, and other areas by a network of tunnels.

Before the 1980s, Dulce was hardly unknown. There was the occasional subterranean hum, which was supposed to be small earth tremors, and sporadic sightings of UFOs in the area, but that was about it.

An Air Force contractor claims to have uncovered a hidden facility.

Then there was Paul Bennewitz, a businessman, scientist, and UFO enthusiast with a contract to develop high-altitude testing equipment for the Air Force. The bulk of the equipment was moved to Kirkland Air Force Base in Albuquerque, which houses the Air Force Nuclear Weapons Center.

He claimed to have proof of a top-secret program based in Dulce that was tracking Soviet satellites. Despite his earlier interest in alien abduction and cattle mutilation, Bennewitz viewed the satellite surveillance activities as proof of extraterrestrial life on Earth. 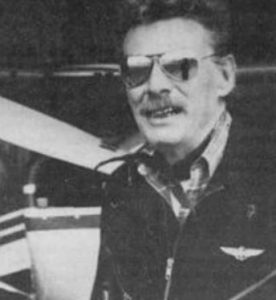 His disclosure was widely dismissed by other UFO specialists, who considered it as at best erroneous because of his ties to the Air Force. By the time Bennewitz died in 2005, his story had taken on a life of its own on the internet.

The huge base’s principal entrance, according to tradition, is situated on Archuleta Mesa and leads to at least seven levels of installations. The grays perform their experiments on humans and animals on levels six and seven, called “Nightmare Hell,” while the upper levels are occupied by humanity. The doors to each level are all labeled with some kind of alien alphabet.

There is no evidence that a cave existed there. Ufologists, ex-abductees, and other inner-Earth experts claim that a ground-penetrating radar study was carried out and the findings were kept secret.

Witnesses claim that the area is seeing exceptionally high levels of military and UFO activity. No solid evidence has been found, and the stories about this place are comparable to those surrounding other claimed secret government facilities.

Skeptics will continue to dismiss the Dulce case as a work of fiction or urban legend, while believers will make adjustments to what is going on there.

Post Views: 100,877
Tags: The Mystery Of Dulce: This Strange Town Is The Epicenter Of Alien Residents Reports